City and administrative center of Turkistan Region of Kazakhstan

Outstanding testimony of the Timurid architecture

The Mausoleum of Khoja Ahmed Yaswi, a distinguished Sufi master of the 12th century, is situated in southern Kazakhstan, in the north-eastern section of the city of Turkestan (Yasi). Built between 1389 and 1405, by order of Timur (Tamerlane), the ruler of Central Asia, it replaced a smaller 12th century mausoleum. Construction of the building was halted in 1405, with the death of Timur, and was never completed. The property (0.55 ha) is limited to the mausoleum, which stands within a former citadel and the archaeological area of the medieval town of Yasi; the latter serves as the buffer zone (79.36 ha) for the property.

Rectangular in plan and 38.7 meters in height, the mausoleum is one of the largest and best-preserved examples of Timurid construction. Timur, himself, is reported to have participated in its construction and skilled Persian craftsmen were employed to work on the project. Its innovative spatial arrangements, vaults, domes, and decoration were prototypes that served as models for other major buildings of the Timurid period, in particular in Samarkand. It was left unfinished, providing documented evidence of the construction methods at that time and by having a unique architectural image.

Considered to be an outstanding example of Timurid design that contributed to the development of Islamic religious architecture, the mausoleum is constructed of fired brick and contains thirty-five rooms that accommodate a range of functions. It is a multifunctional structure of the khanaqa type, with functions of a mausoleum and a mosque. A conic-spherical dome, the largest in Central Asia, sits above the Main Hall (Kazandyk). Other notable attributes include fragments of original wall paintings in the mosque, alabaster stalactites (muqarnas) in the intrados of the domes, glazed tiles featuring geometric patterns with epigraphic ornaments on the exterior and interior walls, fine Kufic and Suls inscriptions on the walls, and texts from the Qu’ran on the drums of the domes. The principal entrance and parts of the interior were left unfinished, providing exceptional evidence of the construction methods of the period.

Criterion (i): The Mausoleum of Khoja Ahmed Yasawi is an outstanding achievement in the Timurid architecture, and it has significantly contributed to the development of Islamic religious architecture.

Criterion (iii): The mausoleum and its property represent an exceptional testimony to the culture of the Central Asian region, and to the development of building technology.

Criterion (iv): The Mausoleum of Khoja Ahmed Yasawi was a prototype for the development of a major building type in the Timurid period, becoming a significant reference in the history of Timurid architecture.

An unusual find in Turkistan

Representatives of 55 cities met in Turkistan 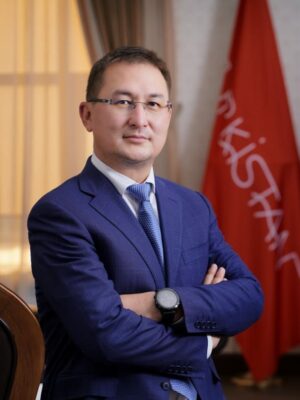