City in the state of Texas

The site encompasses a group of five frontier mission complexes situated along a stretch of the San Antonio River basin in southern Texas, as well as a ranch located 37 kilometres to the south. It includes architectural and archaeological structures, farmlands, residencies, churches and granaries, as well as water distribution systems. The complexes were built by Franciscan missionaries in the 18th century and illustrate the Spanish Crown’s efforts to colonize, evangelize and defend the northern frontier of New Spain. The San Antonio Missions are also an example of the interweaving of Spanish and Coahuiltecan cultures, illustrated by a variety of features, including the decorative elements of churches, which combine Catholic symbols with indigenous designs inspired by nature.

The San Antonio Missions are a group of five frontier mission complexes situated along a 12.4-kilometer (7.7-mile) stretch of the San Antonio River basin in southern Texas. The complexes were built in the early eighteenth century and as a group they illustrate the Spanish Crown’s efforts to colonize, evangelize and defend the northern frontier of New Spain. In addition to evangelizing the area’s indigenous population into converts loyal to the Catholic Church, the missions also included all the components required to establish self-sustaining, socio-economic communities loyal to the Spanish Crown.

The missions’ physical remains comprise a range of architectural and archaeological structures including farmlands (labores), cattle grounds (ranchos), residences, churches, granaries, workshops, kilns, wells, perimeter walls and water distribution systems. These can be seen as a demonstration of the exceptionally inventive interchange that occurred between indigenous peoples, missionaries, and colonizers that contributed to a fundamental and permanent change in the cultures and values of all involved, but most dramatically in those of the Coahuiltecans and other indigenous hunter-gatherers who, in a matter of one generation, became successful settled agriculturists. The enclosed layout of each mission complex and their proximity to each other, the widespread sharing of knowledge and skills among their inhabitants, and the early adoption of a common language and religion resulted in a people and culture with an identity neither wholly indigenous nor wholly Spanish that has proven exceptionally persistent and pervasive.

Criterion (ii): The San Antonio Missions are an example of the interweaving of the cultures of the Spanish and the Coahuiltecan and other indigenous peoples, illustrated in a variety of elements, including the integration of the indigenous settlements towards the central plaza, the decorative elements of the churches which combine Catholic symbols with indigenous natural designs, and the post-secularization evidence which remains in several of the missions and illustrates the loyalty to the shared values beyond missionary rule. The substantial remains of the water distribution systems are yet another expression of this interchange between indigenous peoples, missionaries, and colonizers that contributed to a fundamental and permanent change in the cultures and values of those involved. 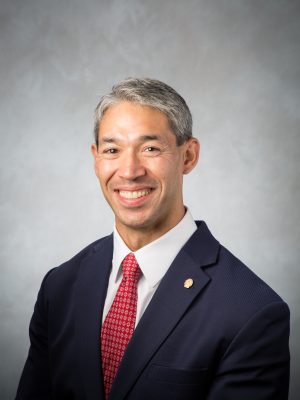