Town in the state of Saxony-Anhalt

Represents an outstanding testimony of medieval art and architecture

Located in the eastern part of the Thuringian Basin, the Cathedral of Naumburg, whose construction began in 1028, is an outstanding testimony to medieval art and architecture. Its Romanesque structure, flanked by two Gothic choirs, demonstrates the stylistic transition from late Romanesque to early Gothic. The west choir, dating to the first half of the 13th century, reflects changes in religious practice and the appearance of science and nature in the figurative arts. The choir and life-size sculptures of the founders of the Cathedral are masterpieces of the workshop known as the ‘Naumburg Master’.

The cathedral complex comprises the cloister, the cathedral gardens and the curia buildings and is surrounded by the cathedral precincts. In the Middle Ages the cathedral precincts were separated from the civic town by a town wall. This area which used to be a centre of trade in medieval times, is characterised by picturesque lanes and alleyways. The civic town bears witness to the wealth of the Naumburg merchants and shows colourful historical facades, mainly in Renaissance and Baroque style. Outside of Naumburg, the cultural landscape on the banks of the rivers Saale and Unstrut stands out due to a high concentration of castles, monasteries and churches and a viticulture that dates back to the Middle Ages when Benedictine monks introduced it to the area.

Criterion (i): The episcopal church of Naumburg is unique among the medieval cathedrals due to the west choir conceptualized and designed by a brilliant sculptor – the “Naumburg Master” – and his workshop. The organic combination of architecture, sculpture and glass paintings created an extraordinary synthesis of the arts. […]

Criterion (ii): The workshop organization of sculptors and stonemasons was established in the early 13th century and is known under the name Naumburg Master. It constitutes one of the decisive conveyors and pioneers of the ground-breaking innovations in architecture and sculpture in the second half of the 13th century. The migration of the workshop of the Naumburg Master, from northeastern France through the Middle Rhine areas to the eastern boundaries of the Holy Roman Empire and further to southwestern Europe, gives testimony to the extensive European cultural exchange during the High Middle Ages.

The construction of the Naumburg Cathedral began in 1028 with the transfer of the bishop’s see from Zeitz to Naumburg. Most of the church building dates back to the 13th century. It is composed of a Romanesque nave flanked by two choirs in the east and in the west. During the years 1242 to 1248 the west choir was erected. The choir with the famous statues of twelve cathedral founders and the west rood screen are the masterpieces of pan-European workshop of the so called “Naumburg Master”. One of the twelve cathedral founders, the well-known Uta of Ballenstedt, has been considered as a symbol of the “most beautiful woman of the Middle Ages”. The “Naumburg Master” conceptualized all parts of the western choir as a whole and carried out the western choir from the bottom to the roof within six years only. The polychrome reliefs and sculptures of the choir and the rood screen count among the most significant sculptures of the Middle Ages. The overall iconographic concept and the harmonious combination of architecture, sculpture and glass paintings reflect in a unique way the profound changes in the religious practice and the visual arts of the 13th century. These changes resulted from a so far unknown realism and observation of nature, as well as from the use of ancient sources. 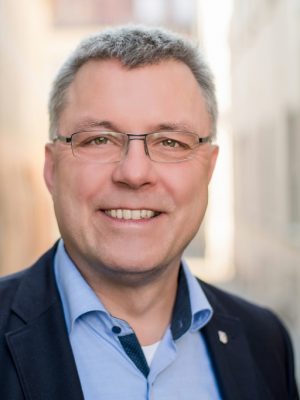