Tarragona is located on the shore of the Mediterranean Sea, 93 kilometers north of Barcelona. It is the commercial and economic capital of South Catalonia. It is linked with the rest of the Spanish state by roads, highways, rail, and air. It is the most important petrochemical industrial area in southern Europe and one of the most active ports in the western Mediterranean. It is a university seat and the provincial capital. The city of Tárraco is the first and the oldest Roman colony in the Iberian Peninsula. The capital of the Province of Hispania Citerior from the reign of Augustus, it has shown a unique Roman layout, owing to a series of artificial terraces that follow the natural lie of the land and monuments of a density and quality of great importance.

Tarragona of the 21st Century is the heir of a historic and patrimonial past of major importance. Although known for its legacy from the Roman era, and given its status as the capital of the Province of Hispania Citerior, other elements that substantially enrich its heritage must be noted, from the Visigothic era until the 20th Century. It is not without reason that a living city is a palimpsest on which, day after day, page after page, its history is written for centuries.

Apart from the data that indicate human occupation on the territory from prehistory, already in the 7th and 6th Century before Christ, elements of a first stable establishment have been discovered in the area of Jaime I Street; these elements must be interpreted as the remains of an Iberian oppidum (fortified village) of an important dimension, known under the name of Tarrakon. Close to this Iberian city, in 218 before Christ, during the first stages of the Second Punic War, a Roman military base is installed, in accordance with the strategic interests of the Republic during military operations and after the conquest of Iberia. During the Republican era, this military colony becomes the basis of Rome in the peninsular conquest, which is converted into a city during the 2nd and 1st Centuries before Christ, and obtains the status of colony during the reign of Julius Caesar. A unique urban dichotomy is established, the praesidium-oppidum which, with time, becomes an urban reality – Tárraco – but which reappears in late antiquity and in medieval times. And it is only during the 19th Century that the urban space of the Parte Alta is united with the area of the former Iberian colony and the harbour.

With Augusto, the politico-administrative role of Tárraco is consolidated as the capital of the Province of Hispania Citerior. From that time on, and especially during the First Century, Tárraco undergoes a spectacular process of construction of large buildings and of thermae, and especially the urbanization of the former military base at the top of the hill, by erecting the Concilium of the Province of Hispania Citerior Complex. The territorium is already getting organized during the Republican age, with various centuriations and the birth of villae, among which those of Munts (Altafulla) and Centcelles (Constantí) are worth mentioning. The evolution of the city throughout the Antiquity undergoes changes in Late Antiquity, in such a way that Tárraco gradually loses ground in comparison with Barcino and Toletum. Further to the arabo-berber invasion at the beginning of the 8th Century, it can be said that Tarragona is loosing ground as a major city, and is recuperated only in the 11th and 12th Centuries, further to the restoration of the episcopal see (1091).

In the space of the former seat of the Concilium, in the Parte Alta, the medieval modern age city is developing, adapting the urban fabric and the constructions to the outstanding ruins of the Roman era. Simultaneously, in the area of the former Roman harbour and market town, a harbour area is developing and expands rapidly during the 19th Century. The urban expansion in the middle of this century, with the demolition of the fortifications dating from the 16th to the 19th Century and the vestiges of the roman era in the lower area allows for the union of the two spaces and leaves room for all that which, throughout the 20th Century, will form the configuration of the present Tarragona.

The important Roman legacy owned by Tarragona has overshadowed to a certain extent the legacy from other eras. Examples would be the paleontological and prehistoric site of the Boella, the rock paintings of the Apotecari (UNESCO World Heritage since 1998), the largest cathedral of Catalonia or the fortifications of the 16th to the 19th Centuries, which are both present and unknown. Nonetheless, Tárraco and its transformation throughout the centuries remains the model of Tarragona.

The coexistence of a city of the 21st Century with such an extensive past is rather complex, complicated, but also enriching. Simultaneously with time, certain variables and needs come into play: historic knowledge, protection and conservation in a growing city, enhancement and socialization. There is in fact a complex and problematic dialectic, the solution of which is not often obvious, as is the case for the protection of the historic heritage, the management and the daily life of an ever-growing city. Finally, the addition of the Archaeological Ensemble of Tárraco on UNESCO’s World Heritage List involves a compromise on both the institutional level and the citizen level.

The archaeological ensemble of Tárraco is made up of fourteen monuments, six of which are located in the municipality of Tarragona: the walls, the imperial cult enclosure, the Provincial Forum or Place of the Representación, the Circus, the Amphitheatre, the Colonial Forum, the Theatre, the Christian Necropolis, the Tower of the Scipios, the Medol Quarry, the Roman Aqueduct/Devil’s Bridge. The Munts and Centcelles Villas as well as the Triumphal Arc of Berá must be added. Furthermore, the rock paintings of Abric of the Apotecari, which are part of the rock art of the Mediterranean Basin inscribed on the World Heritage List in 1988, must be added.

To these monuments, we must add other elements of the territory that are part of the province of Tarragona, one of the European regions that has the most elements recognized by the UNESCO, which represents without a doubt an asset for the promotion and protection of the territory. Thus, we have the Real de Santa Maria de Poblet Monastery (1991), the castells (human towers) and the Mediterranean diet that have been part of the intangible cultural heritage since 2010 and 2013. The Delta del Ebro is part of the List of Biosphere Reserves (2013) and a file is opened so that the wine region of the Priorato can be included as a cultural landscape on the World Heritage List.

The addition of the Ensemble on UNESCO’s List in 2000 has without a doubt been an incentive and has marked the start of a phase stage in the understanding of the heritage of the city, not only by the institutions, but also by the civil society. Thus, we become aware of its importance, its value, and recognize it not only as heritage that is exclusive to the elite, the intellectuals or the tourists, but also as reality and a compromise for the citizens. The success of Tárraco Viva is an undeniable example of this.

Tarragona as an urban society of the 21st Century is complex and is characterized among others by an important critical mass, sometimes difficult to please, but that clearly recognizes that historic heritage is one of its assets. It must not be perceived as an obstacle or a fossil. Tarragona must be seen as a living city, but with an important heritage and cultural asset, the core of which is made up of its Roman past. Tárraco transformed itself and has generated Terracona and Tarraquna, and then Tarragona that is in turn medieval, modern, of the 19th Century, contemporary and present.

The socialisation of the heritage of the city, the central axis of which is located in Tárraco, is one of the most important accommodations. The application of new technologies and the smart heritage and smart city concepts come into play, in addition to the activities of a more traditional style, such as the Tarragona Radio, Tarragona Història programs or the recent initiative of temporary exhibitions on the monuments in the various civic centres. The purpose is to bring historic heritage closer to the neighbourhoods, which often feel remote from the reality of the city. Another highly positive activity is the Escola adopta a monumento (the School adopts a monument) in which the educational centres concentrate a series of activities around the knowledge and the enhancement of a given monument, if possible in its range.

Active participation in the Group of World Heritage Cities and in European projects makes it possible to have exchange of students between the cities (To learn about heritage cities), or the active participation in the Comenius Regio programs of the European Union. In this context, the action of the education department of the municipality, together with the provision of education of the Camp d’Aprenentatge de la Generalitat de Catalunya, are of paramount importance.

Criterion (ii): The Roman remains of Tárraco are of exceptional importance in the development of Roman urban planning and design and served as the model for provincial capitals elsewhere in the Roman world.

Criterion (iii): Tárraco provides eloquent and unparalleled testimony to a significant stage in the history of the Mediterranean lands in antiquity. 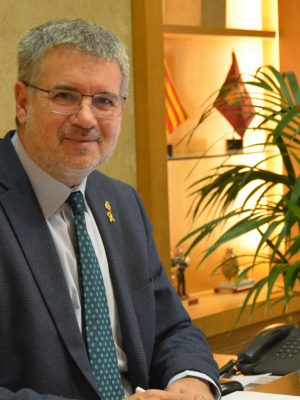