The commune of Brussels-City is: the capital of Belgium and one of the 19 communes of the Brussels-Capital Federal Region.

An esplanade of approximately 110 m x 75 m, of irregular shape almost like a rectangle, located in the middle of the old city (Pentagone), east of the central boulevards, namely on the former right bank of the Zenne River, which was removed at the end of the 20th century.

The Grand-Place of Brussels is located on the site of a former sandbank between two brooks flowing into the Zenne River. The first known written mention of the low market or the “Nedermerckt” dates back to 1174. The greater part of the southwestern side is dominated by the city hall, built in the first half of the 15th century and completed by a left wing during the reconstruction that followed the bombings of 1695. Since the Middle Ages, its functions have not changed: it is the seat of the politic representation of the commune.

The House of the King is in front of it. The present building, rebuilt between 1873 and 1895, in a flamboyant gothic style, has housed the municipal museum since 1884, first of all limited to one floor, before occupying the entire building in 1926.

The houses that make up the remainder of the built front of the square are of the baroque style characterizing the era of the reconstruction of the city after 1695. Although very individualized, they blend into the composition whose unity is undeniable. Still today, they are identified by a name that they have had for the most part since the Middle Ages. They were built on narrow and deep pieces of land, and some of them were bordered by dead ends that led to yards inside islets. With this system, quite a few houses had many separate accesses, justified by their various functions (business on the ground floor, corporation room on the first room, lodging on the higher levels

Criterion ii: The Grand-Place is an outstanding example of the eclectic and highly successful blending of architectural and artistic styles that characterizes the culture and society of this region.

Criterion iv: Through the nature and quality of its architecture and of its outstanding quality as a public open place, the Grand-Place illustrates in an exceptional way the evolution and achievements of a highly successful mercantile city of northern Europe at the height of its prosperity.

The four major town houses – Hôtel Tassel, Hôtel Solvay, Hôtel van Eetvelde, and Maison & Atelier Horta – located in Brussels and designed by the architect Victor Horta, one of the earliest initiators of Art Nouveau, are some of the most remarkable pioneering works of architecture of the end of the 19th century. The stylistic revolution represented by these works is characterised by their open plan, the diffusion of light, and the brilliant joining of the curved lines of decoration with the structure of the building.

Criterion (i): The Major Town Houses of Architect Victor Horta in Brussels are works of human creative genius, representing the highest expression of the influential Art Nouveau style in art and architecture.

Criterion (ii): The appearance of Art Nouveau in the closing years of the 19th century marked a decisive stage in the evolution of architecture in the West, prefiguring subsequent developments, and the Town Houses of Victor Horta in Brussels bear exceptional witness to its radical new approach.

Criterion (iv): The Major Town Houses of Architect Victor Horta in Brussels are outstanding examples of Art Nouveau architecture brilliantly illustrating the transition from the 19th to the 20th century in art, thought and society.

When banker and art collector Adolphe Stoclet commissioned this house from one of the leading architects of the Vienna Secession movement, Josef Hoffmann, in 1905, he imposed neither aesthetic nor financial restrictions on the project. The house and garden were completed in 1911 and their austere geometry marked a turning point in Art Nouveau, foreshadowing Art Deco and the Modern Movement in architecture. Stoclet House is one of the most accomplished and homogenous buildings of the Vienna Secession, and features works by Koloman Moser and Gustav Klimt, embodying the aspiration of creating a ‘total work of art’ (Gesamtkunstwerk). Bearing testimony to artistic renewal in European architecture, the house retains a high level of integrity, both externally and internally as it retains most of its original fixtures and furnishings.

Criterion (i): Created under the supervision of the architect and interior designer Josef Hoffmann, the Stoclet House is a masterpiece of the creative genius of the Vienna Secession through its aesthetic and conceptual programme of Gesamtkunstwerk, through its architectural vocabulary, through its originality, and through the exceptional quality of its decoration, of its furniture, of its works of art and of its garden. It is a remarkably well conserved symbol of constructive and aesthetic modernity in the west at the start of the 20th century.

Criterion (ii): Drawing on the values of the Vienna Secession and its many artists, including Koloman Moser and Gustav Klimt, the Stoclet House was recognised from the beginning as one of the most representative and refined works of this school. Created in Brussels, a key location for Art Nouveau, it exercised a considerable influence on modernism in architecture and on the birth of Art Deco. 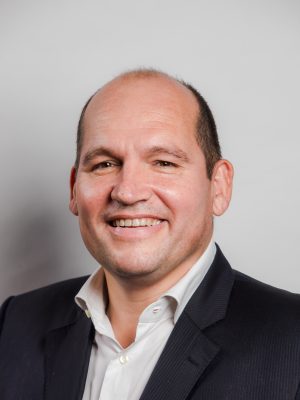