In the province of Estremadura, the Serra of Sintra, a narrow chain which is rich with vegetation and topped with granite peaks, extends between Lisbon and the Atlantic coast. At the foot of the Serra and on its north flank, the city of Sintra enjoys an exceptional climate.

In the mountain as in the city, the architecture, the gardens and parks, and the natural surroundings of Sintra make up a harmonious ensemble. The urban square adjacent to the Royal Palace provided the basis of the network of narrow and irregular streets sprinkled with smaller squares; this network opens up towards the periphery where the vegetation is more abundant. Streets with stairways facilitate access on the slopes.

Royal palaces, monasteries and hermitages punctuate and dominate this romantic landscape, which links a taste for rare floral species with the solitude of the mountainous topography and the richness of the architectural heritage. The combination of styles (Moorish, Gothic, “Mudéjar,” “Manueline,” Baroque, and Italianate) and their exotism often evoke history as well as legend. Villas surrounded by gardens, some of which are audacious in inspiration, integrate harmoniously with the ensemble.

Criterion (ii): In the 19th century, Sintra became the first centre of European Romantic architecture where this new sensitivity was displayed in the use of Gothic, Egyptian, Moorish and Renaissance elements and in the creation of parks, blending local and exotic species of trees. Ferdinand II (1836-1885) thereby developed romanticism in a splendid form that was unique in the Mediterranean region.

Criterion (iv): The landscape is a unique example of European Romanticism with the cultural occupation of the northern slope of the Serra that has maintained its essential integrity as the representation of diverse successive cultures, as well as the associated flora and fauna. […] The villas and quintas with their gardens and parks that cover the major area of the property correspond to a clearly defined landscape designed and created intentionally by people through landscape design.

Criterion (v): The cultural landscape, with its local and exotic vegetation, forms a continuing and organically evolved landscape, which has been sustained by painstaking restoration and preservation projects. […]

Meeting of the OWHC Advisory Committee in Sintra (Portugal)

Mayors&Heritage: Interview with the Mayor of Sintra (Portugal) and President of the 2013-2015 Board of Directors of the OWHC, Mr. Basílio Horta

11th World Congress of the OWHC in Sintra, Portugal 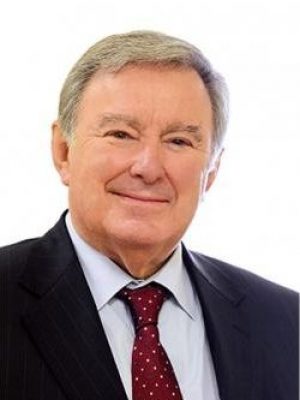