First colonial city built by Europeans in the tropics

The town of Ribeira Grande, renamed Cidade Velha in the late 18th century, was the first European colonial outpost in the tropics. Located in the south of the island of Santiago, the town features some of the original street layout impressive remains including two churches, a royal fortress and Pillory Square with its ornate 16th century marble pillar.

Criterion (ii): The monuments, the remains are still present in Ribeira Grande, its maritime and agro-urban landscapes testify of its important role in international exchanges associated to the development of the European colonial domination towards Africa and America and the birth of the Atlantic triangular trade. They testify to the organization of the first intercontinental maritime trade, and more particularly to Ribeira Grande’s hub function in the acclimatisation and the spreading among the temperate and tropical areas, between the various continents.

Criterion (iii): The urban, maritime and landscape site of Ribeira Grande has provided an outstanding testimony of the origins and development for close to three centuries of the Atlantic slave trade of modern times and its dominant relations. It is a major place of its commercial organization and early experience of the enhancement of the slave system of a colonial territory. Human mixings and the meeting of African and European cultures gave birth to the first creole society.

Criterion (vi): Ribeira Grande is directly linked to the tangible manifestations of the history of enslavement and the slave trade of African people, to its major cultural and economic consequences. Ribeira Grande was the cradle of a first metis creole society. The creole culture then spread through the Atlantic by adapting to the various colonial contexts of the Caribbean and America. Its forms affect more particularly the arts, the social and religious customs, the beliefs, the pharmacopoela, and culinary traditions. Ribeira Grande is a major initial link of intangible heritage shared by Africa, the Americas and Europe.

Cidade Velha, the historic centre of Ribeira Grande, has an outstanding universal value: the foundation of Ribeira Grande/Cidade Velha represents an important milestone in the expansion of Europe, which took place at the end of the XVth Century, towards Africa and the Atlantic spaces. Ribeira Grande was then, from the XVIth to the XVIIIth century, a key port of call of the Portuguese colonization and its administration. It was an outstanding international sea trade route, between the African routes and those of the Cape, Brazil, and the Caribbean. It brought an early picture of the transcontinental geopolitical visions.  Its island location that is isolated but close to the African costs made it an essential platform of the Atlantic trade of modern times. A place of concentration of enslaved persons favouring inhuman practices, Ribeira Grande was also an outstanding multicultural meeting place that was the foundation of the first Creole society. The Ribeira Grande Valley experienced new forms of colonial agriculture, on the borderline of temperate and tropical climates. It became a platform of acclimatisation and the spreading of vegetal species throughout the world. 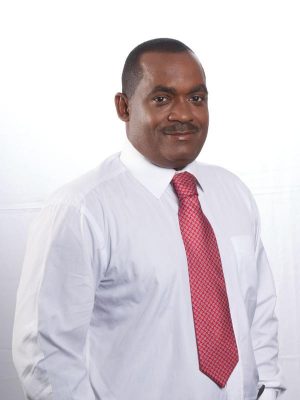