Vienna, situated on the Danube River in the eastern part of Austria, developed from early Celtic and Roman settlements into a Medieval and Baroque city, the capital of the Austro-Hungarian Empire. It played an essential role as a leading European music center, from the great age of Viennese Classicism through the early part of the 20th century.

Vienna is rich in architectural ensembles, particularly Baroque mansions and gardens as well as the late 19th-century Ringstrasse ensemble lined with grand buildings, monuments, and parks. The property consists of the city’s medieval core (based on the Roman settlement), the principal Baroque ensembles with their axial layouts, and the Gründerzeit constructions from the beginning of the modern period.

Criterion (ii): The urban and architectural qualities of the Historic Centre of Vienna bear outstanding witness to a continuing interchange of values throughout the second millennium.

Criterion (iv): Three key periods of European cultural and political development – the Middle Ages, the Baroque period, and the Gründerzeit – are exceptionally well illustrated by the urban and architectural heritage of the Historic Centre of Vienna.

Criterion (vi): Since the 16th century Vienna has been universally acknowledged to be the musical capital of Europe.

Palace and Gardens of Schönbrunn

The site of the Palace and Gardens of Schönbrunn is outstanding as one of the most impressive and well-preserved Baroque ensembles of its kind in Europe. Additionally, it is a potent material symbol of the power and influence of the House of Habsburg over a long period of European history, from the end of the 17th to the early 20th century.

It is impossible to separate the gardens from the palace, of which they form an organic extension: this is an excellent example of the concept of Gesamtkunstwerk, a masterly fusion of many art forms.

The Orangery on the east side of the main palace building is, at 186 m, the longest in the world. The Great Palm House is an impressive iron-framed structure, 114 m long and divided into three Sections, erected in 1880 using technology developed in England.

Criterion (i): The Palace and Gardens of Schönbrunn are an especially well-preserved example of the Baroque Princely residential ensemble, which constitutes an outstanding example of Gesamtkunstwerk, a masterly fusion of many art forms.

Criterion (iv): The Palace and Gardens of Schönbrunn are exceptional by virtue of the evidence that they preserve modifications over several centuries that vividly illustrate the tastes, interests, and aspirations of successive Habsburg monarchs. 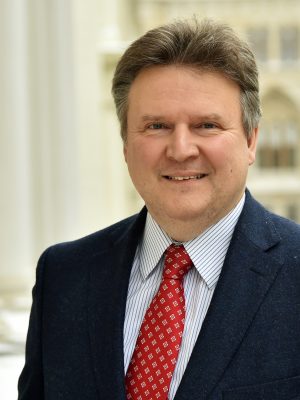 Executive Office of the Mayor and Governor of Vienna