Capital of the Upper Palatinate region and the Regensburg district

Old Town of Regensburg with Stadtamhof

Central-European medieval trading centre, which illustrates an interchange of cultural and architectural influences

Located on the Danube river in Bavaria, this medieval town contains many buildings of exceptional quality that testify to its history as a trading centre and to its influence on the region as of the 9th century. It has preserved a notable number of historic structures spanning some two millennia, including ancient Roman, Romanesque and Gothic buildings. Regensburg’s 11th -13th-century architecture – including the market, the City Hall and the Cathedral, still defines the character of the town marked by tall buildings, dark, narrow lanes, and strong fortifications. The buildings include medieval Patrician houses and towers, a large number of churches and monastic ensembles as well as the Old Bridge, which dates from the 12th century. The town is also remarkable for the vestiges that testify to its rich institutional and religious history as one of the centres of the Holy Roman Empire that turned to Protestantism.

The continuing restoration work on Regensburg’s ancient buildings began in the early 60´s of the 20th century. It was an important factor in preserving the World Heritage site defined as “Old Town Regensburg with Stadtamhof” today.

The “Old Town Regensburg with Stadtamhof” has been registered as a historic medieval city on the World Heritage list since 2006 because of the following 3 criteria:

Criterion (ii): Regensburg’s architecture reflects the role of the city as a mediaeval trading centre and its influence on the region north of the Alps. Regensburg was an important trading centre on the continental trading routes to Italy, Bohemia, Russia, and Byzantium. In addition, the city had numerous links to the intercontinental silk routes. This enabled an important exchange of cultural and architectural influences to be made which are characteristic of the city’s townscape even today.

Criterion (iii): The Regensburg Old Town displays an extraordinary testimony of cultural traditions in the Holy Roman Empire. In the high Middle Ages Regensburg was a favourite meeting place for Imperial Assemblies, but in more recent European history the city also made its contribution as the seat of the Perpetual Imperial Diet from 1663 to 1806. The remains of two royal palaces which date from the 9th century and also the numerous well-preserved historical buildings are evidence of the one-time wealth and the political significance of the city.

Criterion (iv): The Old Town of Regensburg is an excellent example of an inner-European mediaeval trading town whose historical stages of development are well preserved. The development of the trade from the 11th up to the 14th century in particular is illustrated thereby extraordinarily well.

The City´s unique character as “the only authentically preserved large medieval city in Germany” and its outstanding historic significance allowed “The Old Town Regensburg with Stadtamhof” to hold the status of a UNESCO World Heritage Site since July 13th 2006.

Even before it was nominated as a World Heritage Site, Regensburg was a popular tourist destination for visitors who came to see the many medieval towers and narrow, crooked streets in its highly preserved old town where traffic is restricted to a minimum. But the city was far beyond being an insiders’ tip. Constant and steady growth of tourist numbers bear witness to this fact. And if you come once, you’ll come again, because now you know that this amazing city in the Danube’s northernmost bend is more than just a collection of historic treasures – it is also a lively location for shopping, eating out, leisure activities, culture and sport. 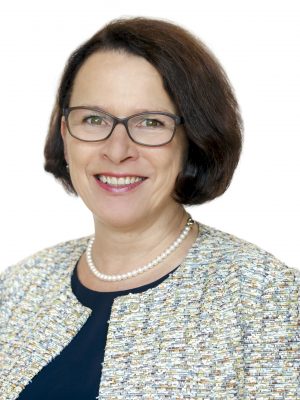