Capital of the State of Michoacan

In central Mexico, at the foot of the western Sierra Madre, Morelia is 1,950 m. above sea level. Situated close to the agricultural valley of Morelia-Querendaro, it is on the hill beside which run two rivers.

The orthogonal grid of Morelia, which dates to the second half of the 16th century, is at the same time well-adapted to the topography of the elongated hill and well-preserved. Its major axes, its numerous urban squares including the rectangular Zocalo esplanade, and its gardens create an open, airy ensemble with magnificent perspective views of the surrounding hills.

The city is constructed of pink stone. The sober landscape is enriched with the numerous Baroque facades of religious buildings, including the cathedral, the Santa Rosa Church, the las Monja Church and the Guadalupe Church. Although the majority of the monuments were erected in the 17th and 18th centuries, styles of earlier and later periods (the Middle Ages, the Renaissance and Neoclassicism) combine with the “Baroque Moreliano” style to create a harmonious unity reinforced by the numerous arcades; imposing towers and cupolas covered with azulejos dominate the ensemble.

Criterion (ii): The historic centre of Morelia is an outstanding example of urban planning which associates the ideas of the Spanish Renaissance with the Mesoamerican experience.

Criterion (iv): More than two hundred historical buildings reflect the architectural history of the city. In these masterpieces built of pink stone characteristic of the region, the medieval spirit blends with the style of the Renaissance, Baroque, Neoclassical and eclectic elements with exceptional mastery and talent.

Criterion (vi): Morelia was the birthplace of several important personalities of independent Mexico and played an important role in the country’s history.

Establishment of the Regional Secretariat of Central America, Caribbean and Mexico 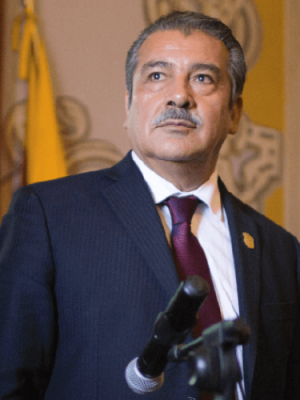