Water supply with strict separation of drinking and process water

The Water Management System of Augsburg is located in the Bavarian City of Augsburg, Germany. A sustainable system of creative water management evolved in successive phases through the city’s application of innovative hydraulic engineering, demonstrating an exemplary use of water resources over the course of more than seven centuries to the present day.

Augsburg is situated on the northern tip of a glacial gravel deposit formed during the Ice Age that spreads between two Alpine rivers, the Lech and Wertach, as they converge at the mouth of a great drainage basin. This large aquifer formation produces purified groundwater that emerges in a series of springs that feed streams and water canals. The network of canals and watercourses represents an urban water landscape that includes the sources of both spring and river water.

Water and Augsburg’s strategic location at the crossroads of important trade routes in south-central Germany were key foundations of the growth and prosperity of the city, its population, and its status as a flourishing trade metropolis.

Criterion (ii): The Water Management System of Augsburg has generated significant technological innovations, which sustained Augsburg’s leading position as a pioneer in hydraulic engineering. The strict separation between drinking and process water was introduced as early as 1545, long before research into hygiene matters established as a fact that impure water was the reason for many diseases. An international exchange of ideas regarding water supply and water generation evolved which, in turn, inspired local engineers in their drive for innovations many of which were tested and implemented in Augsburg for the first time.

Criterion (iv): The Water Management System of Augsburg illustrates the use of water resources and the production of highly pure water as the basis for the continual growth of a city and its prosperity since the Middle Ages. The architectural and technological monuments preserve successive socio-technical ensembles that are vivid testimony to the City’s urban administration and management of water that brought pre-eminence in two key stages in human history: the water “art” of the Renaissance, and the Industrial Revolution. 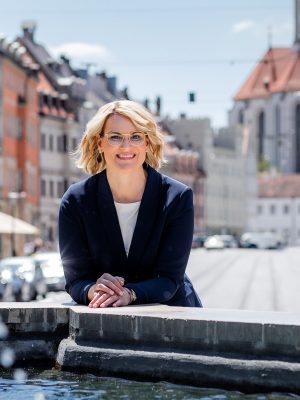