Chief city of the province of Segovia

Old Town of Segovia and its Aqueduct

On the Plateau of the Old Catile, at the foot of the Sierra Guadarrama, Segovia occupies a steep promontory at the confluence of the Eresma and the Clamores Rivers.

The city wall around the historic ensemble of Segovia, built in 1088 under the reign of Alfonso VI, has been well preserved. The urban grid is made up of a network of medieval streets which converge at the Plaza del Azoguejo. A Roman aqueduct is located at the heart of the city.

Segovia is made up of a harmonious ensemble of buildings that date to the Late Middle Ages (11th and 12th centuries) and the Renaissance (16th century), its two periods of prosperity. Its famous Roman aqueduct of 166 arches, the Alcazar constructed by Alfonso VI, and the 16th-century Gothic cathedral constitute the city’s principal monuments. Romanesque churches, “mudejar” buildings and fortified houses are also part of the urban landscape, which is predominently ochre in tone.

Criterion (i): Segovia comprises an array of monuments, which in terms of beauty and exemplary historical significance, are truly outstanding, with the Aqueduct, the Alcázar, and the Cathedral among its major structures.

Criterion (iii): The Old Town of Segovia illustrates a complex, historical reality through its urban layout and architectural developments. It is a prime example of the coexistence of different, cultural communities throughout time.

Criterion (iv): Segovia provides an outstanding testimony of a Western city based on a number of diverse, cultural traditions. All the component parts of the built environment, from domestic architecture to the great religious and military structures, can be found here in a broad range of construction techniques and styles that reflect this unique, cultural diversity.

International Video Production Competition “My City, Our World Heritage” – Interview with the Mayor of Segovia 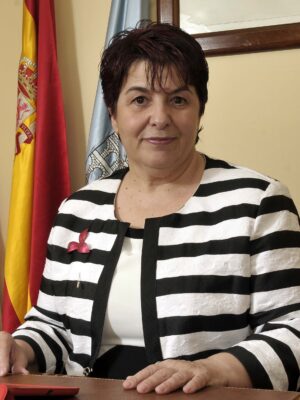