Largest city in Pennsylvania, located in the northeastern United States

The principles debated, adopted and signed in Independence Hall have profoundly influenced lawmakers and policymakers around the world

Founded in 1683, Philadelphia is the largest and most complete fulfillment of the kind of model city envisioned by Enlightenment architects. Its rational gridded street plan, punctuated by five green squares of park, is the physical corollary of the just society that William Penn planned to inhabit it. Although little of the street plan was built and occupied by the time of the Revolution, the grid remained the symbol of Philadelphia, and it continued to guide the growth of the city.

Today’s Philadelphia preserves most of the seventeenth-century plan and its five squares, and in Society Hill and Old City more buildings from the colonial and federal periods are preserved than anywhere else in America.

In the eighteenth century, Philadelphia was the largest English-speaking city outside the British Isles. As the de facto capital of British interests in North America and the largest center of the economic and cultural life of the colonies, it became the center of nascent nationalist and revolutionary activity. Here were held the first and second Continental Congresses, leading to the Declaration of Independence in 1776, and Philadelphia remained the wartime capital except during the period of its occupation by the British. After the American victory, the new nation’s leaders again convened in Philadelphia to draft the Constitution, and after the adoption of the Constitution in 1787, Philadelphia served as the capital from 1790-1800, while Washington, D.C. was being constructed. During that period, the Bill of Rights was drafted and adopted, and many of the new nation’s institutions were invented. The places and spaces in which the idea of America was born are preserved in today’s Philadelphia.

Early nineteenth-century Philadelphia was America’s first financial capital, and as that function (and leadership in the population race) shifted to New York, Philadelphia gathered the nation’s largest concentration of industry and technology. Here were located the largest manufacturer of railway equipment (the Baldwin Locomotive Works) and the largest corporation (the Pennsylvania Railroad Company) in the world. Philadelphia’s material strength made possible the Union victory in the Civil War, and it was in Philadelphia in 1876 that America celebrated its survival and its emergence on a global stage with a great world’s fair. The skeleton of this vast industrial infrastructure — an overlay on Philadelphia’s colonial grid — remains visible throughout the city. Its superlatives are durably and centrally celebrated in the tower of City Hall, the tallest building in the world when it was completed in 1901.

In the twentieth century, Philadelphia remained a center of industry, but farsighted leaders began to reimagine it as a city defined by commerce and culture. A manufacturing district was demolished (starting in 1907) to make way for the Benjamin Franklin Parkway–the symbol and physical embodiment of that new kind of metropolis. The city’s universities, museums, hospitals, and research institutions would grow in size and reputation throughout the century, laying the foundations for today’s economy of “eds and meds.”

In the aftermath of World War II, Philadelphia distinguished itself from the many American cities that eviscerated their downtowns with destructive “urban renewal” projects. While Philadelphia built its share of new highways and high rise public housing, it carefully nurtured its successful residential neighborhoods, and in Society Hill and Old City, it chose to preserve and restore (rather than demolish) a vast but severely dilapidated inventory of buildings from the eighteenth and nineteenth centuries.

Criterion (vi) : The universal principles of the right to revolution and self-government as expressed in the U.S. Declaration of Independence (1776) and Constitution (1787), which were debated, adopted, and signed in Independence Hall, have profoundly influenced lawmakers and politicians around the world. The fundamental concepts, format, and even substantive elements of the two documents have influenced governmental charters in many nations and even the United Nations Charter.

First project to benefit from the OWHC Grants Program

The Importance of Learning about World Heritage – Making Connections! 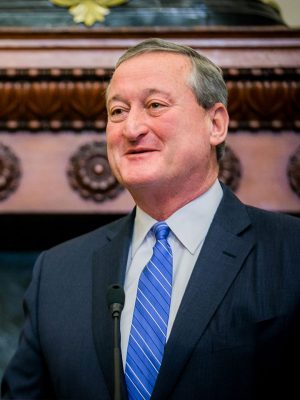