County seat of the province of West-Flanders

Brugge is an outstanding example of a medieval historic settlement, which has maintained its historic fabric as this has evolved over the centuries, and where original Gothic constructions form part of the town’s identity. As one of the commercial and cultural capitals of Europe, Brugge developed cultural links to different parts of the world. It is closely associated with the school of Flemish Primitive painting.

The city reflects a considerable exchange of influences on the development of art and architecture, particularly in brick Gothic, which is characteristic of northern Europe and the Baltic. This architecture strongly determines the character of the historic centre of the city.

The 12th century city walls marked the boundaries of the medieval city. Although the walls themselves are lost today, they remain clearly visible, emphasized by the four surviving gates, the ramparts and one of the defence water towers. The medieval street pattern, with main roads leading towards the important public squares, has mostly been preserved, as well as the network of canals which, once used for mercantile traffic, played an important role in the development of the city.

Criterion (iv): The Historic Centre of Brugge is an outstanding example of an architectural ensemble. The city’s public, social and religious institutions illustrate significant stages in the history of commerce and culture in medieval Europe

Criterion (vi): The Historic Centre of Brugge was birthplace of the Flemish Primitives and a centre of patronage and development of painting in the Middle Ages with artists such as Jan van Eyck and Hans Memling.

Belfries of Belgium and France

Symbol of power and prosperity of the communes

Twenty-three belfries in the north of France and the belfry of Gembloux in Belgium were inscribed in 2005, as an extension to the 32 Belgian belfries inscribed in 1999 as Belfries of Flanders and Wallonia. Built between the 11th and 17th centuries, they showcase the Roman, Gothic, Renaissance and Baroque styles of architecture. They are highly significant tokens of the winning of civil liberties. While Italian, German and English towns mainly opted to build town halls, in part of north-western Europe, greater emphasis was placed on building belfries. Compared with the keep (symbol of the seigneurs) and the bell-tower (symbol of the Church), the belfry, the third tower in the urban landscape, symbolizes the power of the aldermen. Over the centuries, they came to represent the influence and wealth of the towns.

High towers built in the heart of urban areas, often dominating the principal square, the belfries are essential elements in the organization and representation of the towns to which they belong. The site inscribed on the World Heritage List comprises 33 belfries located in Belgium (26 in Flanders and 7 in Wallonia) and 23 belfries located in northern France.

A symbolic element in the landscape in ancient Netherlands and the north of France, the belfry represents, in the heart of urban areas, the birth of municipal power in the Middle Ages. A practical building housing the communal bells, conserving charters and treasures, where city council meetings were held, serving as a watch tower and a prison, the belfry has, over the centuries, become the symbol of power and prosperity of the communes.

Criterion (ii):  The belfries of Belgium and France are exceptional examples of a form of urban architecture adapted to the political and spiritual requirements of their age.

Criterion (iv):  The Middle Ages saw the emergence of towns that were independent of the prevalent feudal system. The belfries of Belgium and France symbolize this new-found independence, and also the links within them between the secular and religious powers.

Working session in Bruges with the vice-president treasurer

World Heritage Cities in the 21st Century International Colloquium on Challenges and Opportunities for the Conservation and Management of Urban Heritage May 31st & June 1st, 2012 – Bruges, Belgium 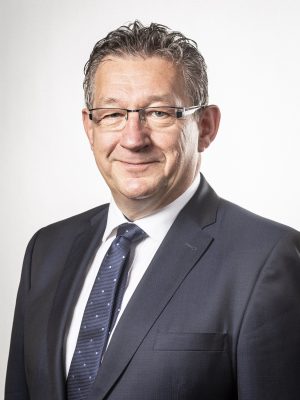