The ‘Pearl of the Adriatic’, situated on the Dalmatian coast, became an important Mediterranean Sea power from the 13th century onwards. Although severely damaged by an earthquake in 1667, Dubrovnik managed to preserve its beautiful Gothic, Renaissance, and Baroque churches, monasteries, palaces, and fountains. Damaged again in the 1990s by armed conflict, it is now the focus of a major restoration program co-ordinated by UNESCO.

Dubrovnik, which appears to advance into the sea, is built at the foot of Mount San Sergio. Inside its 13th-century rampart, its Baroque-inspired plan offers perspective views. From the mountain, it is possible to see parallel streets transform into stairs to access the terraces of the city. Towards the sea, the grid becomes less regular and opens up as it widens. The transversal artery, which runs parallel to the sea, becomes narrower from east to west (the direction in which the city developed) and exploits perspective views and distance.

Stone and brickwork together form a dense architectural fabric. Inside the massive fortification walls, large public, civic, and religious buildings date to the Renaissance. By their monumentality, they evoke the prosperous times of the small republic. The works of sculpture, in harmony with the urban landscape, remind us of the cultural enlightenment enjoyed by Dubrovnik.

Criterion (i): Dubrovnik illustrates the willingness to create an urban landscape conceived like a work of art. As a museum city, it conserves both monuments constructed by great architects and a large number of dwellings of obvious architectural merit. This homogeneity in the quality of the built form is without equal elsewhere.

Criterion (iii): The city presents a unique testimony to the civilization of the Republic of Raguse.

Criterion (iv): The ramparts represent a remarkable effort to adapt its urban medieval enclosure to progress in the field of artillery and constitute one of the great references for 15th-century fortification history.

Cruises and Destinations – Opportunities and Challenges 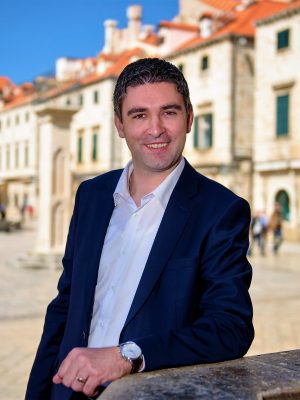 Head of International Relations
Office of the Mayor

Director
Institute for the Restoration of Dubrovnik