Capital city of the state of Malacca

Melaka and George Town, Historic Cities of the Straits of Malacca

Melaka and George Town, historic cities of the Straits of Malacca have developed over 500 years of trading and cultural exchanges between East and West in the Straits of Malacca. The influences of Asia and Europe have endowed the towns with a specific multicultural heritage that is both tangible and intangible. With its government buildings, churches, squares and fortifications, Melaka demonstrates the early stages of this history originating in the 15th-century Malay sultanate and the Portuguese and Dutch periods beginning in the early 16th century. Featuring residential and commercial buildings, George Town represents the British era from the end of the 18th century. The two towns constitute a unique architectural and cultural townscape without parallel anywhere in East and Southeast Asia.

Criterion (ii): Melaka and George Town represent exceptional examples of multi-cultural trading towns in East and Southeast Asia, forged from the mercantile and exchanges of Malay, Chinese, and Indian cultures and three successive European colonial powers for almost 500 years, each with its imprints on the architecture and urban form, technology and monumental art. Both towns show different stages of development and the successive changes over a long span of time and are thus complementary.

Criterion (iii): Melaka and George Town are living testimony to the multi-cultural heritage and tradition of Asia, and European colonial influences. This multi-cultural tangible and intangible heritage is expressed in the great variety of religious buildings of different faiths, ethnic quarters, the many languages, worship and religious festivals, dances, costumes, art and music, food, and daily life.

Criterion (iv): Melaka and George Town reflect a mixture of influences which have created a unique architec¬ture, culture and townscape without parallel anywhere in East and South Asia. In particular, they demonstrate an exceptional range of shophouses and townhouses. These buildings show many different types and stages of development of the building type, some originating in the Dutch or Portuguese periods.

Melaka and George Town, Malaysia, are remarkable examples of historic colonial towns on the Straits of Malacca that demonstrate a succession of historical and cultural influences arising from their former function as trading ports linking East and West. These are the most complete surviving historic city centres on the Straits of Malacca with a multi-cultural living heritage originating from the trade routes from Great Britain and Europe through the Middle East, the Indian subcontinent and the Malay Archipelago to China. Both towns bear testimony to a living multi-cultural heritage and tradition of Asia, where the many religions and cultures met and coexisted. They reflect the coming together of cultural elements from the Malay Archipelago, India and China with those of Europe, to create a unique architecture, culture and townscape. 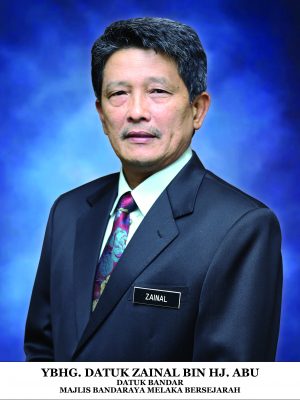