City located on the southeast coast of South Korea, capital during the kingdom of Silla

Established in the 8th century on the slopes of Mount Toham, the Seokguram Grotto contains a monumental statue of the Buddha looking at the sea in the bhumisparsha mudra position. With the surrounding portrayals of gods, Bodhisattvas, and disciples, all realistically and delicately sculpted in high and low relief, it is considered a masterpiece of Buddhist art in the Far East. The Temple of Bulguksa (built in 774) and the Seokguram Grotto form a religious architectural complex of exceptional significance.

Seokguram is an artificial grotto constructed of granite that comprises an antechamber, a corridor, and the main rotunda. It enshrines a monumental statue of the Sakyamuni Buddha looking out to sea with his left hand in dhyana mudra, the mudra of concentration, and his right hand in bhumisparsa mudra, the earth-touching mudra position. Together with the portrayals of devas, bodhisattvas, and disciples, sculpted in high and low relief on the surrounding walls, the statues are considered to be a masterpiece of East Asian Buddhist art. The domed ceiling of the rotunda and the entrance corridor employed an innovative construction technique that involved the use of more than 360 stone slabs.

Bulguksa is a Buddhist temple complex that comprises a series of wooden buildings on raised stone terraces. The grounds of Bulguksa are divided into three areas – Birojeon (the Vairocana Buddha Hall), Daeungjeon (the Hall of Great Enlightenment), and Geungnakjeon (the Hall of Supreme Bliss). These areas and the stone terraces were designed to represent the land of Buddha. The stone terraces, bridges, and the two pagodas – Seokgatap (Pagoda of Sakyamuni) and Dabotap (Pagoda of Bountiful Treasures) – facing the Daeungjeon attest to the fine masonry work of the Silla.

Criterion (i): The Seokguram Grotto, with its statue of Buddha surrounded by Bodhisattvas, the Ten Disciples, Eight Divine Guardians, two Devas, and two Vajrapanis all carved from white granite, is a masterpiece of East Asian Buddhist Art.

Criterion (iv): The Seokguram Grotto, with its artificial cave and stone sculptures, and the associated Bulguksa temple with its wooden architecture and stone terraces, is an outstanding example of Buddhist religious architecture that flourished in Gyeongju, the capital of the Silla Kingdom in the 8th century, as a material expression of Buddhist belief.

Gyeongju is a coastal city in the far southeastern corner of North Gyeongsang Province in South Korea. Gyeongju was the capital of the ancient kingdom of Silla (57 BC – 935 AD) which ruled about two-thirds of the Korean Peninsula between the 7th and 9th centuries.

The Gyeongju Historic Areas contain a remarkable concentration of outstanding examples of Korean Buddhist art, in the form of sculptures, reliefs, pagodas, and the remains of temples and palaces from the flowering, in particular between the 7th and 10th centuries, of this form of unique artistic expression.

The property comprises five distinct areas situated in the center of Gyeongju and in its suburbs.

The Mount Namsan Belt lies to the north of the city and covers 2,650 ha. The Buddhist monuments that have been excavated at the time of the inscription include the ruins of 122 temples, 53 stone statues, 64 pagodas, and 16 stone lanterns.

The Wolseong Belt includes the ruined palace site of Wolseong, the Gyerim woodland which legend identifies as the birthplace of the founder of the Gyeongju Kim clan, Anapji Pond, on the site of the ruined Imhaejeon Palace, and the Cheomseongdae Observatory.

The Sanseong Fortress Belt consists of defensive facilities along the east coast and at other strategic points and includes the Myeonghwal Mountain Fortress.

Criterion (ii): The Gyeongju Historic Areas contain a number of sites and monuments of exceptional significance in the development of Buddhist and secular architecture in Korea.

Criterion (iii): The Korean peninsula was ruled for nearly a thousand years by the Silla dynasty, and the sites and monuments in and around Gyeongju (including the holy mountain of Namsan) bear outstanding testimony to its cultural achievements.

The Korean peninsula was ruled for almost 1,000 years (57 BCE – 935 CE) by the Silla dynasty, and the sites and monuments in and around Gyeongju bear outstanding testimony to its cultural achievements. These monuments are of exceptional significance in the development of Buddhist and secular architecture in Korea.

The inscribed site also includes the historical village of Hahoe, located near the city of Andong.

The two villages of Hahoe and Yangdong are located in the southeastern region of the Korean peninsula, the heartland of the Joseon Dynasty (1392-1910), that ruled the Korean Peninsula for more than five hundred years. There is a distance of 90 km between them.

Sheltered by forested mountains and facing out onto rivers and open agricultural fields, Hahoe and Yangdong in their landscape settings are seen as the two most representative historic, clan villages in Korea. They were founded in the 14th-15th century and subsequently expanded to their present size and composition in the late 18th and 19th centuries. Their layout and siting reflect the distinctive aristocratic Confucian culture of the early part of the Joseon Dynasty.

Criterion (iii): Hahoe and Yangdong are two of the best preserved and representative examples of clan villages, a type of settlement characterizing the early part of the Joseon Dynasty. In their siting, planning, and building traditions the two villages are an exceptional testimony to the Confucianism of the Joseon dynasty, which produced settlements that followed strict Confucian ideals over a period of some five hundred years.

Criterion (iv): The village ensembles of Hahoe and Yangdong reflect the impact of the Joseon Dynasty that profoundly influenced the development of the Korean peninsula over some five centuries. The villages, and particularly the ensemble of yangban and commoners’ houses, and their overall and individual planning, reflect the precepts of this Dynasty in terms of its social structures and cultural traditions as well as its power and influence and its literary, and philosophical traditions.

Founded in the 14th-15th centuries, Hahoe and Yangdong are seen as the two most representative historic clan villages in the Republic of Korea. Their layout and location – sheltered by forested mountains and facing out onto a river and open agricultural fields – reflect the distinctive aristocratic Confucian culture of the early part of the Joseon Dynasty (1392-1910). The villages were located to provide both physical and spiritual nourishment from their surrounding landscapes. They include residences of the head families, together with substantial timber framed houses of other clan members, also pavilions, study halls, Confucian academies for learning, and clusters of one-story mud-walled, thatched-roofed houses, formerly for commoners. The landscapes of mountains, trees, and water around the village, framed in views from pavilions and retreats, were celebrated for their beauty by 17th and 18th-century poets.

The Salon Heritage in Gyeongju, a City of Heritage

Gyeongju: The host city of the next World Congress of the OWHC 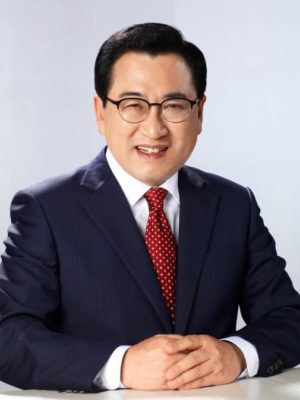