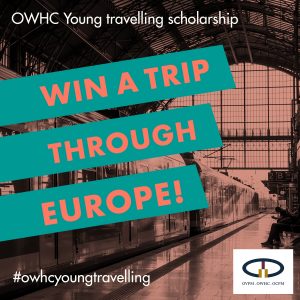 From August until October of 2018, the Regional Secretariat of Northwest Europe and North America organized the very first OWHC Young Travelling Scholarship. This project was aimed at young people from ages 18 to 28 in order to make Europe’s and North America’s World Heritage a more tangible experience for the younger generation. After a thorough application process, six winners were chosen and each were equipped with 1.000 Euros to travel through Europe’s World Heritage cities in person, in order to discover what cultural heritage means to them. Each traveler visited at least four different cities listed as World Heritage in at least two different countries, with at least one destination being one of the member cities of the Regional Secretariat of Northwest Europe and North America. Otherwise, they were completely independent at planning their own trip.

From beginning of August until beginning of September, Alexandra travelled through parts of the Balkan until finishing up her trip in her hometown of Salzburg, which is also listed as a World Heritage City. During her trip, she focused on finding out out what the local population and other tourists like herself think about each city’s status as World Heritage. Most agreed that the benefits one gets from being a World Heritage site help preserving the sites and protect them from too much tourism. According to Alexandra, however, some locals also fear that sometimes not enough is being done and that there is certainly room for improvement concerning protection against over-tourism. Furthermore, Alexandra tried to experience the local cuisine of each city, thus gaining an entirely new outlook on cultural Heritage. 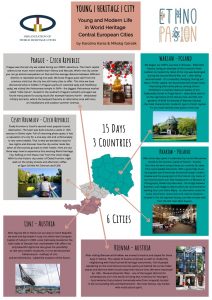 Karolina and Mikołaj travelled for one week in September and tried to combine young and modern urban life with the aspect of World Heritage of each city. During their trip, they visited both, the heritage sites, and the various other cultural offers like restaurants, theatres or bars. They have shown that World Heritage cities have much more to offer than just museums and sightseeing tours, but are all lively cities, that brim over with modern, cultural offers. During their trip, they found themselves in cities such as Krakow or Český Krumlov, which are on the smaller side, but face the risk of seasonal over-crowding with tourists. On the other hand, Karolina and Mikołaj also visited capital cities such as Vienna and Prague in order to experience the full scale of World heritage cities in Europe and understand the contrast between heavy and softer tourism. 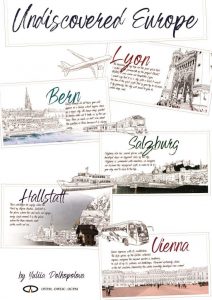 Yuliia travelled from mid-August until mid-September through France, Austria and Switzerland. Under the theme of “Undiscovered Europe”, she uncovered the more hidden aspects of each city she stayed in. She was especially intrigued by the intricacy of each city, which only unfolded after having stayed there for a couple of nights. To her, the aspect of World Heritage only became clear after understanding the history and the architecture of each place in more detail. In the end, Yuliia created a pencil sketch of every place she visited, capturing the essence of the World Heritage of each City. 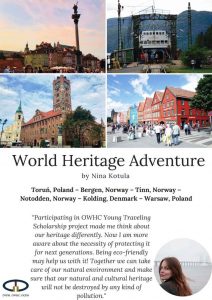 During her 16 days of travelling, Nina visited Poland, Germany, Denmark, Norway and Sweden. Her emphasis, however, was on Norway, where she focused on Norway’s eco-friendly approach to World Heritage. In order to preserve the unique environment, some of Norway’s World Heritage cities, such as Tinn and Notodden have to rely almost solely on hydro energy for most of the cities’ energy. Nina was able to experience this sharp contrast between tradition and innovation on her own and was inspired by the Norwegians dedication to preserving their more naturalistic World Heritage. She also found the population to be much more aware of their heritage, and a more sustainable lifestyle that includes recycling and eco-friendly cars is very common. Concluding, Nina found Norway to be a great example for other cities on how to preserve heritage. 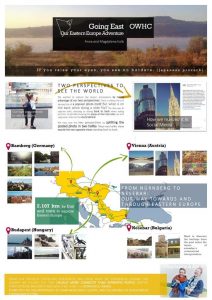 Anna and Magdalena travelled from September until October. Under the theme of “Going East”, they travelled from Vienna to the Black Sea in Bulgaria, and wrapped up in Bamberg, Germany. While travelling, Anna and Magdalena always tried to look at everything from two perspectives – as they were travelling by two. This gave them a unique perspective on World Heritage, as most World Heritage cities, like Vienna, combine traditional historic landmarks with an industrialized modern urban experience. They also noticed some political contrasts in each city. In Hungary and Budapest, for example, a lot of citizens were unhappy with their countries’ policies. This was especially visible at the World Heritage site of Nesebar, which surprised both of them with the heavy commercialization of the site and lack of protection by the government.

Bianca was the only traveler from North America. She was also the only one to journey through both, Europe and North America. During her two week journey, she travelled through Austria and Poland and finished up her tour in Québec and Pennsylvania. Bianca focused on the historic aspects of each World Heritage site and was especially awestruck by Poland’s rich history, especially concerning World War II and the rebuilding of some of the current heritage sites after their initial destruction. After arriving in Québec, she even managed to arrange a meeting with staff from the OWHC and share her experiences about her travels through Europe.