The overall objective of the project is to focus on conveying the legacy of Jean-Paul L’Allier, founder of the Organization of World Heritage Cities (OWHC), to future generations.

During the 2015-2016 schoolyear in the city of Oaxaca (Mexico), in a modest school located in the Historic Center, a group of students from 14 to 17 years old participated, as part of their academic education, in the OWHC twinning program Youth on the Trail of World Heritage. Through this program, they discovered the heritage value of their city and of a twin city, in this case Cordoba (Spain). That way, they learned the importance of the activities and projects developed by the Organization, like the International Video Production Competition, which the 14-17 year-old category of the 2015 edition was won by a young man from Oaxaca.

What struck participants the most in the Youth on the Trail of World Heritage program was the life and work of Jean-Paul L’Allier and, unfortunately, the news of his death in 2016, during their exchange.

The latter fact was what inspired the group to name Jean-Paul L’Allier an initiative begun by Gerardo José Corres Tenorio, manager at the time of the office of the Vice President of the OWHC (during this period, the city of Oaxaca was occupying a vice presidency of the Board of Directors of the Organization). Mr. Corres has had the opportunity to cooperate actively with the OWHC since 1999. Among the many activities, he has attended most of the World Congresses and organized the World Congress in Oaxaca in 2013. He has participated in several meetings of the Board of Directors and events related to the conservation of cultural heritage.

The initiative was realized through the contribution of Mr. Corres with countless documents, maps, brochures, photographs, etc. to the José María Murguía y Gallardi School where a space was created for consultation open to the youth of the institution.

With the approval of the Director of the Institution, Mr. Rubén Darío Calleja and the teachers Adriana Calleja and Claudia Sánchez, the Library began to take shape. The suitability of the site allowed the students to classify and properly store the donated documents, which supplemented various publications and technical books that already existed in the school.

Eventually Oaxaca managed to have a decent space where the central theme is World Heritage Cities.

Subsequently, the school officials decided to open the space to the community and to allow access to people interested in learning about the heritage values ​​of the most beautiful cities in the world. With the students, they decided to name this space, the first JEAN-PAUL-L’ALLIER LIBRARY, which was officially launch during an opening ceremony. 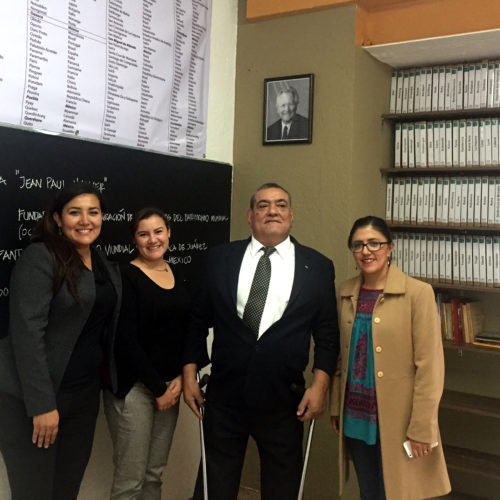 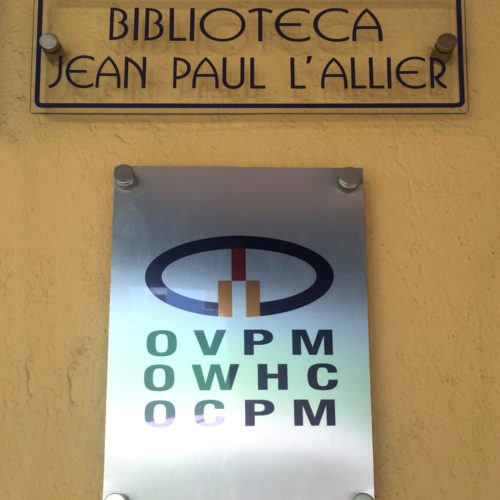 The expectation is not limited to having this space in Oaxaca, but that in the future similar areas can be established in all heritage cities, with the objective of creating a Network of Jean-Paul-L’Allier libraries.

This network of libraries, not only will pay tribute to the OWHC founder, but will also allow the Organization to have more visibility in many communities around the world, by having a place where the citizens will have the opportunity to be exposed to the values ​​of heritage cities.

The project is ambitious. It is not only limited to opening spaces with documents; the network will generate interaction in the community, especially among the younger generations, as is happening in Oaxaca and surely will happen in places where Jean-Paul-L’Allier Libraries will open. 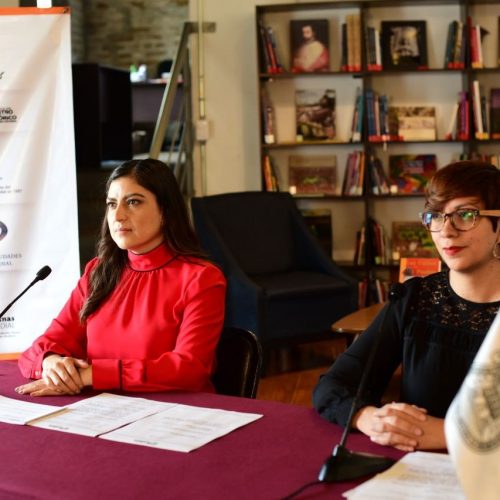 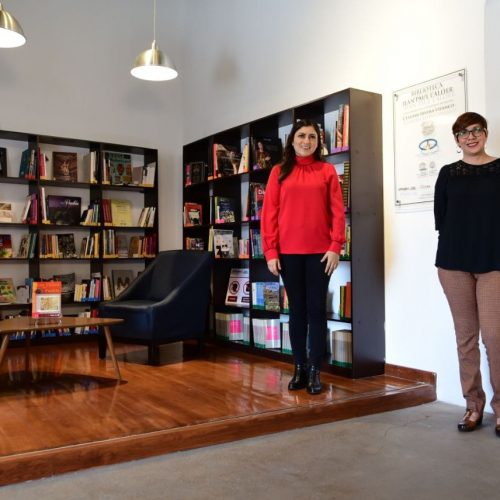 We suggest applying this scheme and subsequent strategies, which are in a continuous process of improvement:

The project is an independent one, which means it can be developed independently from the OWHC programs. But it also may be linked to the program Youth on the Trail of World Heritage.

The aim is to open in all World Heritage Cities a space where there is information about the city itself (as much as possible) and about most of the cities included in the World Heritage List, as well as information related to architecture, art, archeology, etc. In most cities, many institutions have libraries. The objective is not only to give them a name but rather to involve young people in the research process, to generate interest and thus, create an international community.

The OWHC is responsible for coordinating the broadcasting and promotion of the project and will serve as the appropriate communication channel in order to support the proposals generated in different cities interested in developing the project.

The steps of creation of a library is exclusive responsibility of the city.

HOW TO ACHIEVE THIS GOAL?

To achieve this objective, a key element is the call for information and documentation (books, brochures, DVDs, plans, posters, maps, newspapers, etc.) to:

Finally, the connection between the libraries can generate a real INTERNATIONAL NETWORK bounded by the same purpose.

A JEAN PAUL L’ALLIER LIBRARY IN YOUR CITY; AN EXCELLENT OPPORTUNITY TO PROMOTE HERITAGE CONSERVATION!

Creation of the Library Jean-Paul L’Allier in Oaxaca (Mexico)