Research and conservation project of the Veit Stoss altarpiece in the St. Mary Basilica in Kraków

The research and conservation project of the Veit Stoss altar in St. Mary’s Basilica in Kraków was conducted from autumn 2015 to December 2020, by a consortium of key national institutions and important academic institutes of Kraków and Europe. In March 2021, the restored altarpiece was presented to the public. One of the most outstanding works of late Gothic sculpture in Europe, is of symbolic importance for Kraków and its treasure resonating with stories about the history of the city, religious Iife of its inhabitants, academic development and multiculturalism.

The Veit Stoss altar in Kraków -the altar of the Dormition of the Mother, actually the retable (or altar decoration) of the main altar of St. Mary’s church was made in the years 1477-1489 by the sculptor Veit Stoss, who came from Nuremberg and was commissioned by the City Council. The funds for the work came mainly from legacies and donations of the Kraków burghers. St Mary’s church was at that time the most important church of bourgeois Kraków. And so it is today. Continuously, St. Mary’s Basilica with its medieval masterpiece, located in the center of the Old Town inscribed on the UNESCO list, plays a part in the most important moments of Kraków. It is also unique in that, with the exception of a sensational World War Il episode, the altar still stands today in the place for which it was originally intended.

The research process was interdisciplinary and exceeded classical conservation processes. The course of the project attracted the attention of art historians, conservation experts from ail over the world, and at the same time the altarpiece itself was again the object of enormous public and media attention. Each stage of the work aroused great excitement, all the more so because the conservators restored the shape and coloring of the altar before the first conservation, thus coming closer to the original. At the same time, sensational discoveries were made, widely commented on and described by specialist press.

ln March 2021, the renovated altar was presented to the public under pandemic restrictions. Despite that, the opening attracted the most important figures and institutions connected with cultural heritage, as well as representatives of Polish authorities.

The Veit Stoss retable has a symbolic meaning for Krakovians. An unusual feature of St. Mary’s altar is its realism. The figures immortalized on the altar are portraits of ordinary citizens of that time. The altar is a documentation of the epoch in which it was created and, even today, it is a source of knowledge about the culture, customs and history of the city, the key to understanding its inhabitants, their imaginaries, perceptions, love for the theatricality of life and religiousness. Stoss created the figures replicating ail the details, including the unpleasant ones -hands deformed by work and rheumatism, balding skulls, veins visible under the skin. He has also shown clothes, weapons, dishes and household equipment of the city inhabitants. The fidelity to the reality of the time is so impressive that in the 1930s some works were written, even in the field of dermatology, on skin diseases in medieval Kraków, based on the Stoss’s work. Numerous narrations, legends, myths have been created around the altar, but also film production industry, literature, series, as well as souvenir business, albums, reproductions have been developed. The altar is one of the biggest tourist attractions in Kraków. Each time it is opened (the altar is a pentaptych, i.e. it has 5 wings), it is a centuries-old ritual for the worshippers. Formerly it was opened only during major Catholic Church holidays and the faithful could see only the wings of the closed altar on other days. Nowadays, ritual of the opening is held every day, at noon: the opening performs as a spectacle for visitors ¬before the pandemic, tourists from all over the world have attended those spectacular moments. 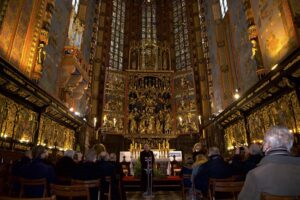 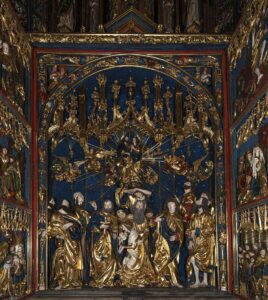 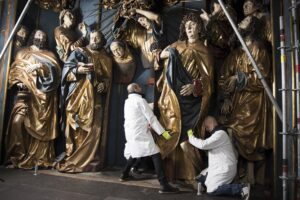 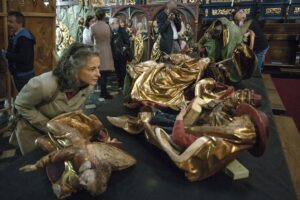 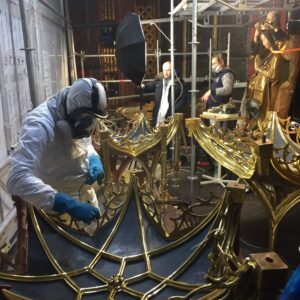 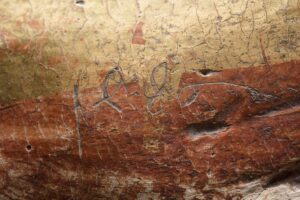 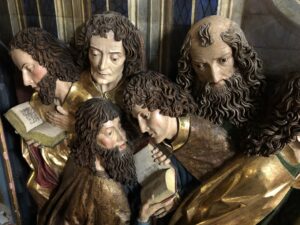 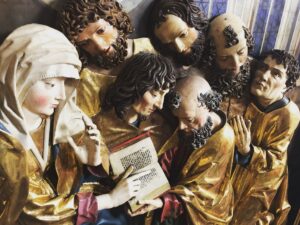 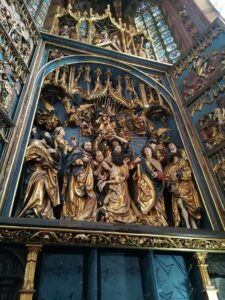 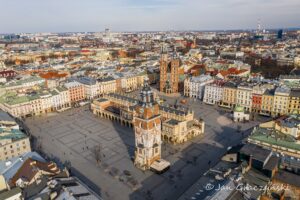