On the Road to Quebec Online Workshops 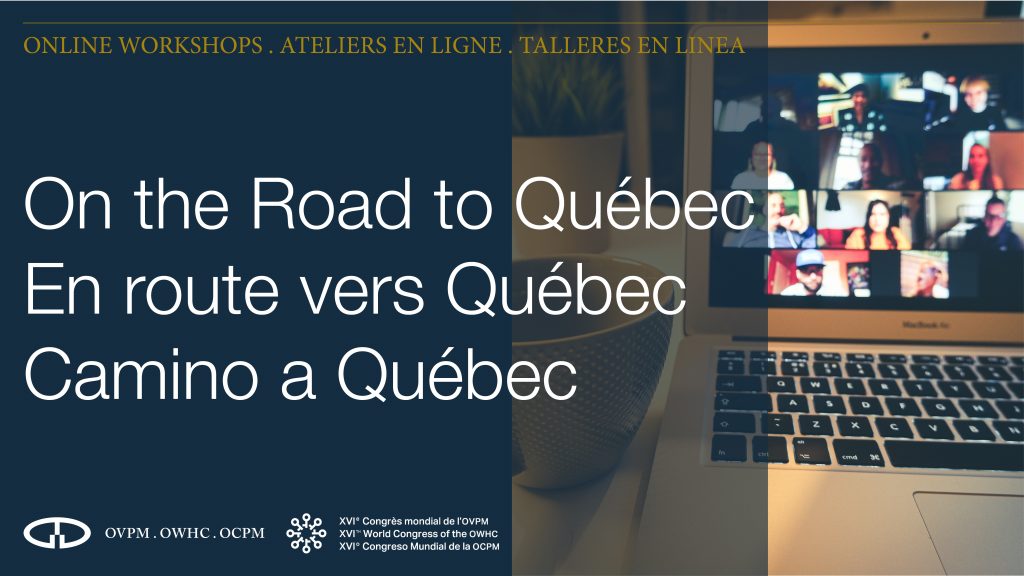 The OWHC is launching the On the Road to Quebec online workshop series, a new online activity for members of the network. The meetings will be open to elected officials, experts and site managers working in a city that is a member in good standing of the organization.

The workshops’ topics are inspired by the theme chosen for the 16th World Congress of the OWHC, as well as the current global crisis and the more general challenges that await cities in the 21st century. The workshops will have a very dynamic format, where participants can participate in the session of their choice and interact with colleagues from all over the world. By sharing their ideas and experiences, the participants will also contribute to developing the next scientific symposium of the OWHC.

In its Recommendation on the Historic Urban Landscape, UNESCO mentions that “urban heritage, including its tangible and intangible components, constitutes a key resource in enhancing the liveability of urban areas”. Unfortunately, since the start of the COVID-19 pandemic, several cities have had to deal with an unprecedented crisis in the culture and tourism sectors, as well as in many other facets that generally contribute to the vitality of their heritage. The OWHC’s On the Road to Québec workshops will explore how cities have reacted to the crisis.

Other workshops are also offered in French and Spanish.