As part of the Solidarity Day of World Heritage Cities, 2016 edition, here are a few examples of the activities that are organized in our cities:

In order to celebrate the 23rd Anniversary of the Solidarity Day of World Heritage Cities, and to remember the founder of the OWHC, Jean-Paul L’Allier, the city of Cuernavaca (Mexico), organized a series of activities for September 8th. Guided tours of the city were offered and a lyric Gala, performed by “Las más Bellas Plegarias” was presented in the Cathedral of Cuernavaca. Here is a video of their activities:

From September 8 to 11, the City of Quebec (Canada) and the Îlot des Palais invited the population to participate in the walking tour On the UNESCO trail 2, on the occasion of the Solidarity Day of World Heritage Cities of the UNESCO and to mark the 31st anniversary of the inscription of the Old Quebec on the Heritage list. The free guided activity offered to walk around the Old Quebec to discover the reasons for its inscription. Three major sites opened their doors and unveiled some of their well-kept secrets: the Augustinian Monastery, the Ursulines Monastery and the Citadelle of Quebec. 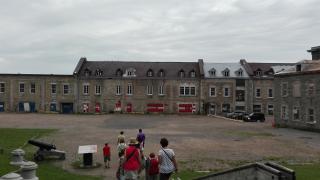 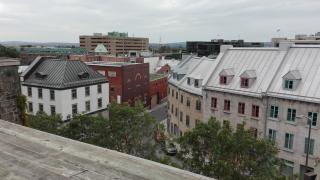 San Antonio (United States) created the World Heritage Festival, which celebrated the first anniversary of the San Antonio Missions as a World Heritage Site designated by the UNESCO. The festival took place from September 7 to 11 and offered many activities to promote the San Antonio Missions, celebrate the city’s history and culture, and raise funds to preserve, maintain and connect the Missions to the river and other cultural heritage sites. The inhabitants of San Antonio had a chance to not only celebrate their unique history and culture, but to also give back to the community. Read more about the Festival HERE. 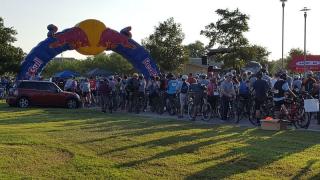 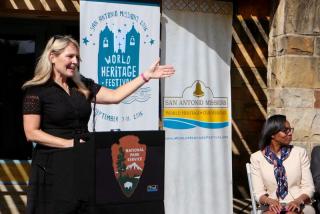 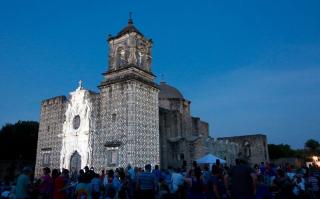 On September 8, the City of Philadelphia (United States) and the Global Philadelphia Association (GPA) commemorated the Solidarity Day during a celebration in front of 450 representatives from city and state government, as well as other World Heritage Cities. During the event, John Smith, Board chair of GPA, presented the GPA’s World Heritage Strategic Plan. The goals of this Strategic Plan are to: 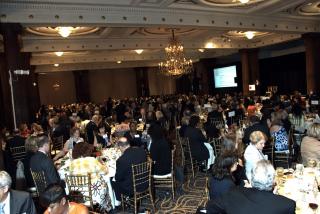 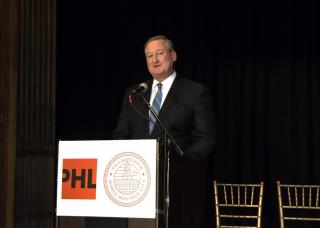 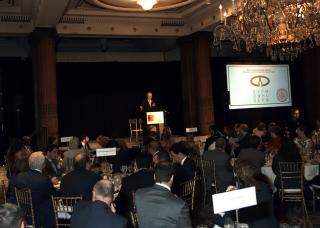 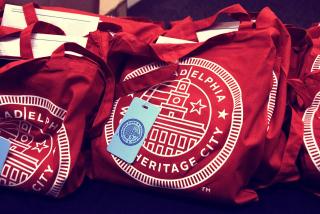 September 8, 2016 marked the reintegration of the city of Potosi (Bolivia) among the active members of the OWHC. Throughout the day, several activities were organized by the Directorate of International Relations and the Directorate of Tourism, Culture and Heritage, for the citizens of Potosi. In the morning, the historic center was closed to offer free touristic heritage circuits, Mayor Williams Cervantes gave a press conference on the reintegration of the city, a cultural celebration was held in the Plaza de Armas and balloons were released. Welcome again to the city of Potosi! Full article HERE. 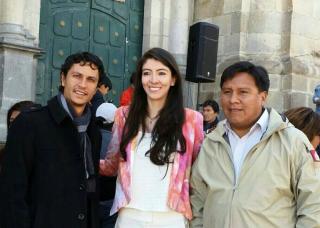 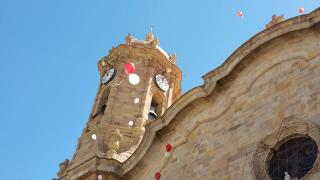 In Arequipa (Peru), the following activities were organized on September 8, in collaboration with local Universities:

In Segovia (Spain), on the morning of September 8, the OWHC flag was hoisted in the Visitor Reception Center. In addition, the Department of Tourism encouraged the population of Segovia to participate in a cycling tour to celebrate this day, under the theme of Heritage and Mobility. With their own bikes, the citizens joined together to go around the city, directed/guided by Bicicla, and visited much of the historic center. Full article HERE. 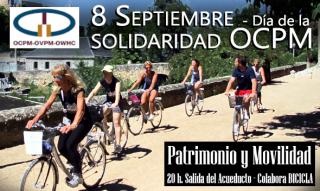 In Bamberg (Germany), the World Heritage flag was hoisted at the Old City Hall, at Geyerswörth Castle and at Maximilian Square. Moreover, Solidarity Day 2016 marked the end of the successful exhibition “Heaven’s Garden on Earth” shown at several market gardens. 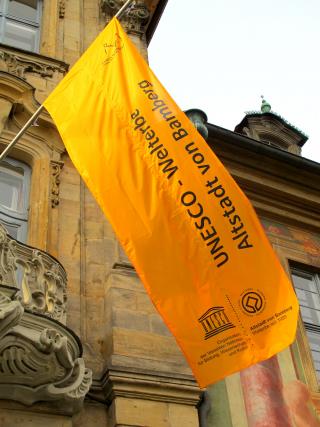 In Vilnius (Lithuania), different activities were organized in order to highlight the uniqueness of their World Heritage site and its outstanding universal value and to stress the importance of a community involvement in the protection and management of Vilnius cultural heritage. The lecture “Community Involvement: Maintenance of Vilnius World Heritage Site” was given by Director of Vilnius Old Town Renewal Agency Gediminas Rutkauskas in Art Incubator Hall, Uzupis District. Afterwards, an excursion “We create the history of the city” was offered, guided by the private guide company “Gatves gyvos”. Buildings that were renovated from public – private partnership resources were presented. Article and pictures HERE. 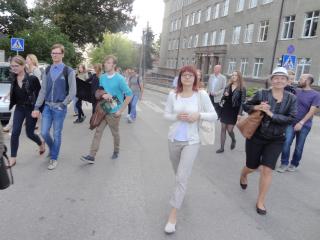 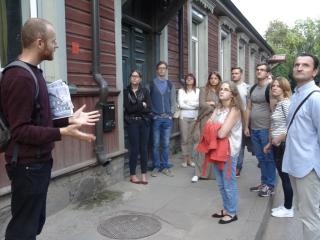 This year in Oaxaca (Mexico), a special ceremony took place at the Liceo Federico Froebel de Oaxaca, a school that have participated in the past in the Youth on the Trail of World Heritage program. City officials, specialists represented by the newly appointed “Chronicler of the City”, Mr. Jorge Bueno, and the Patrimonitos Oaxaqueños (young protectors of the Oaxaca heritage) were present. Moreover, significant media coverage was done during the event, in order to inform the community about the values of the OWHC. A special moment of the ceremony was the unveiling, in the school library, of a plaque paying tribute to the recently deceased and previous “Chronicler of the City”, Mr. Rubén Vasconcelos Beltrán. 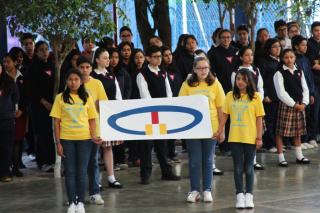 The City of Vigan (Philippines) organized the UNESCO World Heritage Cities Solidarity Cultural Festival, which took place from September 4 to 10. A great variety of activities, events and shows were offered to the citizens: Walk for a Cause for the out-of-school youths of Vigan, Food and Trade fair, Folkdance Competition, Eucharistic Celebration & Renewal of Pledge to Heritage Conservation led by City Mayor Juan Carlo S. Medina, etc. CLICK HERE to see the full report of the Festival and many pictures! 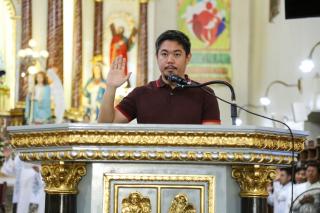 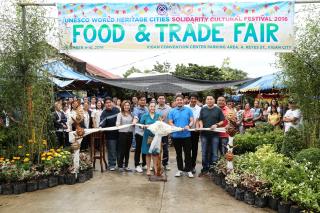 As part of the Solidarity Day, the city of Morelia (Mexico) organized the Third Colloquium Valladolid Morelia “Morelia 25 years as World Heritage”, during which 3 conferences were held, in addition to 8 workshops with people dedicated the conservation of cultural heritage. Moreover, a Solemn Council Session was held, during which were invited Dr. Esperanza Ramírez Romero and Dr. Jaime Hernández Díaz, distinguished citizens of Morelia who participated in the integration of the file that was sent to UNESCO in 1991. Alfonso Martínez Alcázar, Mayor of Morelia, attended to both events, expressing his firm commitment to support the actions that the OWHC set, all in favor of preserving heritage. 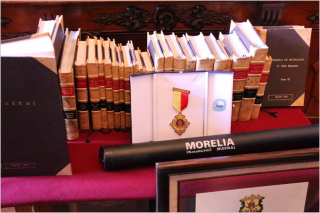 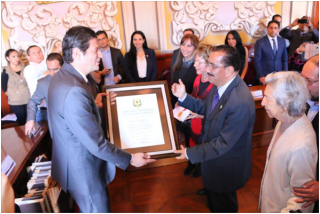 In the city of Granada (Spain), a program of visits to the Albaicin was organized, as part of the project “Heritage and Mobility”, on Saturday 10 at 10:30 am: 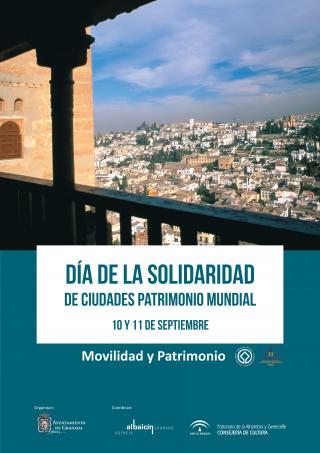 In the city of Ibiza (Spain) a project of pedestrianization of the city center was presented. The work began on October 1, 2016 and will allow pedestrianize all Vara de Rei promenade and adjacent streets (Pere Sala, Abel Matutes Torres, Jaime I, and a number of other roads). The aim is to pacify the city center and make more space for pedestrians, boosting commercial activity. On the other hand and precisely because of this pedestrianization project, a project to give more fluidity to traffic and road safety (accident reduction by eliminating traffic light junctions) will be undertaken. For more information, write to [email protected]

In Cordoba (Spain), the flag of the OWHC was planned to be hoisted, however the act was suspended because of the passing on the same morning of the Councillor of the City of Córdoba, precisely the Mobility Delegate, María José Moros. On the other hand, the Delegation of Tourism of Cordoba organized, with the collaboration of the Urban Planning Department, a program of activities with the title of CUENTAPASOS. The program includes guided tours, a series of conferences and concludes with the meeting of a group linked to mobility, in which experiences, projects and concerns will be transmitted to the audience. This program has a twofold objective: to share with the public different visions of urban transformation generated by the evolution of mobility in the area declared World Heritage, and hold a meeting with all groups and institutions related to sustainable mobility and the historical site. For more information, write to: [email protected] 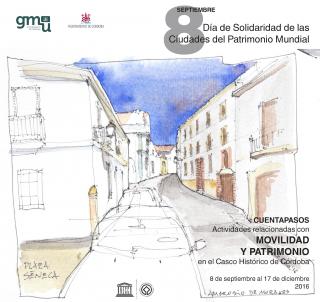 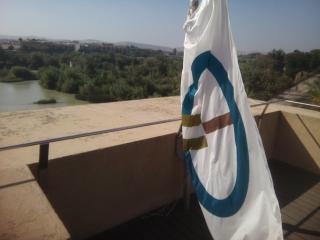