In Sintra (Portugal), the municipality of Sintra offered free entrance and guided visits to many of their monuments. Until mid-September, a photographic exhibition of the Portuguese World Heritage UNESCO sites was open to the public. Also as part of this celebration, the municipality of Sintra, in partnership with the Parques de Sintra Monte da Lua (Parks of Sintra Monte da Lua) signed on September 1st a protocol for the establishment of the World Heritage Office in the historic center of Sintra. 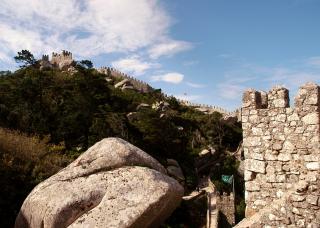 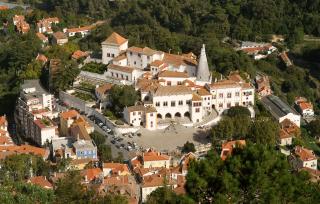 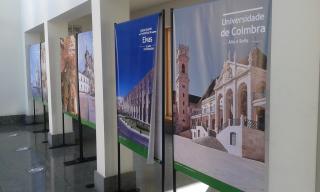 In Arequipa (Peru), the following activities were celebrated on September 8:

In Cesky Krumlov (Czech Republic), many activities were held during the weekend before September 8. Among other activities, baroque fireworks, the Czech folk band Bratri Ebenové, the Krumbenowe – a faire on prehistoric and medieval culture, a craft market and entrance to museums and galleries were all offered for free. CLICK HERE for more details and pictures. 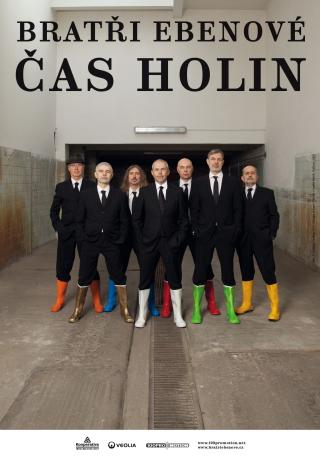 In Philadelphia (United States), the Mayor Michael A. Nutter declared Tuesday, September 8, 2015 as “Solidarity Day of the World Heritage Cities” in Philadelphia through a proclamation issued at a joint press conference with the Global Philadelphia Association. 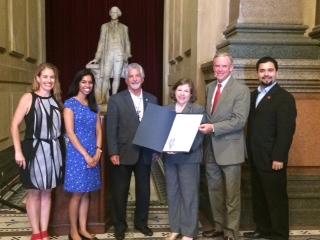 In Quebec (Canada), as part of the 30th anniversary of the inscription of its World Heritage site on the UNESCO List and as part of the Solidarity Day, the City of Quebec, together with the Urban Heritage Society of Quebec / Îlot des Palais, organized several activities to celebrate these important events. The City of Quebec also held a press conference during which the city unveiled the concept of a bronze medallion that will be installed in front of the City Hall and on which his engraved “Old Quebec, UNESCO World Heritage site “. 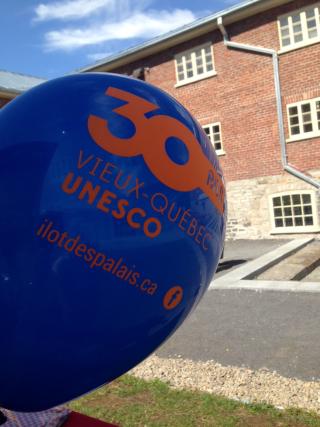 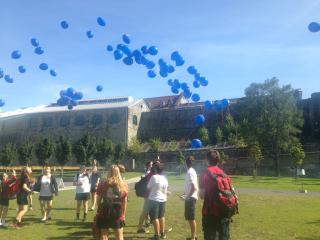 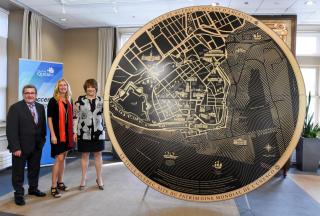 In Angra do Heroismo (Portugal), the theme of this Solidarity Day was “Craftsmanship and Visual Contamination”. The program promoted by the municipality was for users of social institutions, including the Terra Chã Community Centre. It started at 9:30 am with a visit to Azulart (ceramics workshop), followed by a visit to the Cheese dairy Vaquinha at 10:30 and it ended at 11:30 am with a visit to the Pottery of São Bento. 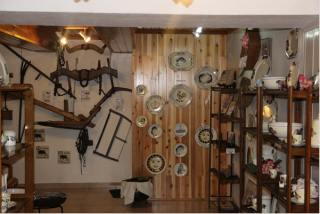 In Segovia (Spain), in accordance with the OWHC Regional Secretariat for Southern Europe and the Mediterranean, the Solidarity Day is dedicated to the “Craftsmanship and Visual Contamination in World Heritage Cities”. The Department of Tourism of the City of Segovia has prepared for this open house day program that aims to promote knowledge of local craftsmanship and awareness of the protection of this cultural heritage. A total of 12 spaces participated in this event. Click here for more information. Moreover, the Mayor Clara Luquero, received the young Mónica Fraile de la Paz, first person from Segovia Ambassador of World Heritage, who will promote Segovia in many Greek institutions. Click here to read more about it! 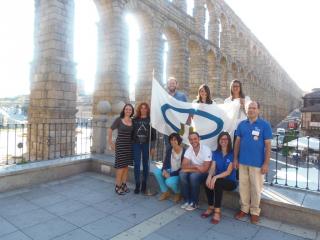 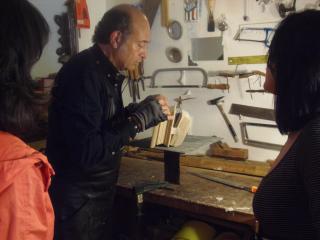 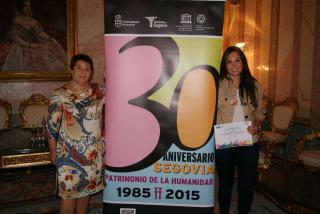 In Toledo (Spain), many free activities have been organized: panorama commented on the tourist train of Toledo; access to the Posada de la Hermandad and to the exhibition Leonardo da Vinci, the inventor; free entrance to museums and guided tours in heritage and archaeological sites of Toledo. 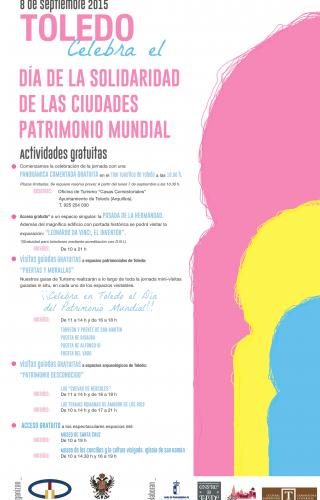 Cordoba (Spain) has decided this year that the Regional Secretariat for Southern Europe and the Mediterranean would dedicate this day to the “Craftsmanship and Visual Contamination” Program. From the Tourism Office of the City of Córdoba, in collaboration with the Municipal Urban Management Department and the Cordoba Association of Craftsman, a program of guided tours and educational workshops were organized in order to bring the citizens closer to the arts and crafts of this city. Click here for more information. 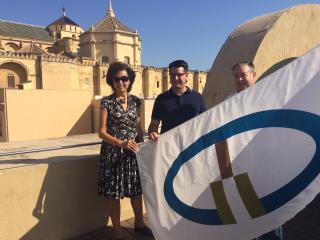 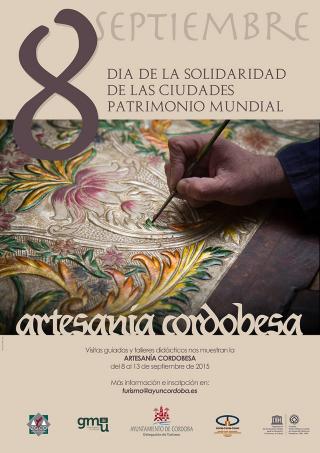 In Granada (Spain), the city organized several activities open to the public throughout the weekend previous to the Solidarity Day, from Friday September 4 to Sunday September 6. The musical performances, guided tours, museum visits, workshops and exhibitions were taking place in the Albaicin and the arts and crafts were the main topic. 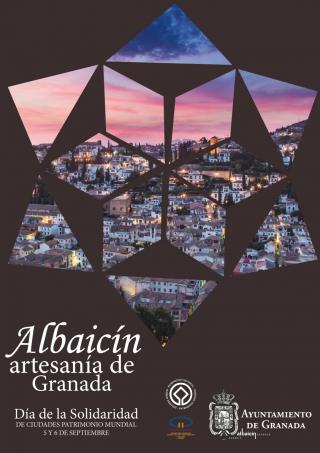 The Municipality of Évora (Portugal) celebrated the Solidarity Day of World Heritage Cities through a series of symbolic acts, most notably the raising of the OWHC flag in the City Hall at 17:30, followed by a street entertainment show with Seven Dixie in the Sertório Square. The complete article HERE. 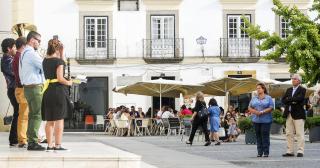 The city of Valparaiso (Chile) made the most of the Solidarity Day to emphasize on the important responsibility of the city to protect and promote World Heritage, by launching its Photo Contest. 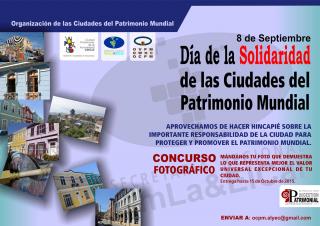 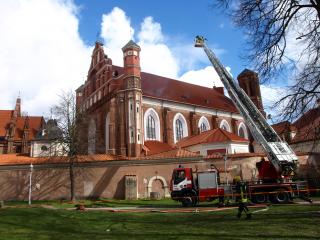 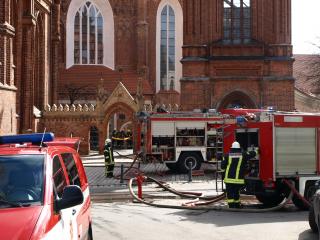 In the city of Oaxaca de Juárez (Mexico), the Solidarity Day of World Heritage Cities was also commemorated on September 8. There was a press conference to publicize this important event, a ceremony was held with students in exchange from other countries as well as a forum with a journalist of the city, the Director of the House of the Oaxacan Culture and the Director of the Historical Center. 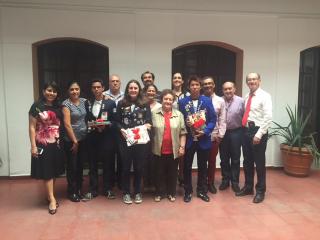 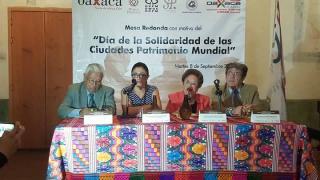 The Deputy Mayor for Urbanism of Brussels (Belgium), Mr. Geoffroy Coomans of Brachène, commented: “On the occasion of the anniversary of the OWHC on 8 September, I was particularly pleased to welcome in our beautiful City Hall, Basilio Horta, Mayor of Sintra and President of the OWHC for this workshop day entitled “Inscription in the UNESCO list of World Heritage: new prospects for local development.”. This is also the first time that the Belgian World Heritage cities were gathered together. A prelude to the creation of an association of Belgian World Heritage cities based on the model of the OWHC. ” 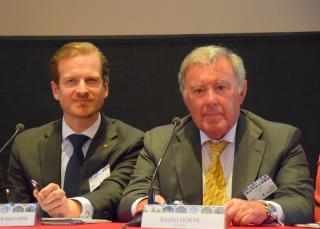