In Segovia, Spain, the city celebrated Solidarity Day of world heritage cities by giving free access to 3 of their centres: the Didactic Centre of the Jewish Quarter; the San Andrés Gate and the House-Museum of Antonio Machado. 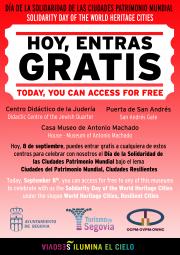 In Cidade Velha, Cape Verde, a colloquium was organized to promote the importance of heritage. Topics such as administration of an historical site as a safe haven, or the importance and challenges for the preservation of the title World Heritage, were broached.

In Granada, Spain, the city planned several activities during the weekend before the Solidarity Day. Those activities took place in the Albaicín district, registered as a UNESCO World Heritage site. 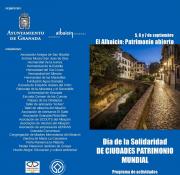 In Puebla, Mexico, the mayor José Antonio Gali Fayad and many officials did a walking tour of their city to initiate restoration projects of 7 heritage constructions.

In Oaxaca, Mexico, is organized a meeting-workshop about the management of historical centres. 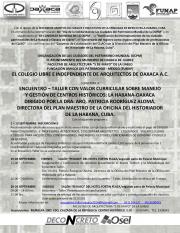 In Quebec, Canada, the city celebrated the Solidarity Day by organizing many activities in its historical centre. Among others, walking tours and a conference named “Quebec, World Heritage City”, proposed a discovery of the Old Quebec historical district.

In Regensburg, Germany, the Regional Secretariat of North West Europe also organized a photographs’ competition named Modern Life in an Old City. The title of the competition intends to generate photographs showing modern aspects of life in a World Heritage City.

In Évora, Portugal, the OWHC flag was hoisted at the City Hall and many promotion actions were made during cultural activities around the 8th of September. Click on this link to see a video on the Solidarity Day (Portuguese):

In Sintra, Portugal, the municipality offered free entrance and guided visits to many of their monuments, such as the Regaleira Palace. They also organized a light show in their art museum.

In Cracow, Poland, the Deputy Mayor of the city, Ms. Magdalena Sroka, proceeded to the opening of a photo exhibition on September 8th. This exhibition presents the results of transformations that have taken place in the Old Town of Cracow from 2011 to 2013, since the establishment of a cultural park, set up by the Mayor, Mr. Jacek Majchrowski.