Safranbolu is a calm, natural, historical, and touristic city which is located in the province of Karabük in the Black Sea region. Our Safranbolu city, famous for its historic homes, has a unique architecture and thanks to this feature is known as a major tourist destination. It is a typical Ottoman town that has survived to the present day. The city is the only place on the UNESCO World Heritage List at the urban scale in Turkey and has been declared by UNESCO as one of the 20 best-preserved sites around the world in its list of world cultural heritage sites. It maintains the title of best-protected tourism Site with its Ottoman traditional houses built in the 18th to 20th century. It is an important cultural point that lives with its historical values, urban culture, traditions, customs, and natural beauties, and that hosts large numbers of tourists every year.

Safranbolu Municipality has prepared a new policy under the name of a 1/500 scale plan. Union of Turkish Engineers and Architects, Bilkent University Department of Urban Design and Architecture, Union of Historical Towns, and Safranbolu Municipality came together to work as a team on this matter. The project team has decided to start all studies around Kazdagli Square, Kuscuhan Area and in spots behind the Cinci Inn. Since all are at the center of the bazaar and has an importance in being a heritage city; these areas are determined as “special working area”.

The planning area is one of the important cultural heritage places in Turkey and the world. With the proposed project, the traditional fabric of the space throughout history permanently has been preserved, restored, and reached up to the present day. The general approach of the plan is to protect and maintain this traditional bazaar structure, preserve urban identity and memory, and protect areas that add value to urban aesthetics. With a 1/500 scale plan in the planning area, which is a traditional center, it is aimed to construct a pedestrian-oriented transportation scheme, the protection of the traditional street texture and the existing registered and qualified traditional buildings, the prevention of practices that cause the deterioration of the traditional texture on the street scale, the historical values in the area are easily accessible and perceptible for visitors.

Traditional Safranbolu houses are part of the architectural heritage that reflects the architectural style, construction technique, social and cultural structure of a certain period. For this reason, it has been decided to preserve these houses as a whole with all the elements that reflect their original architectural character. It is observed that there are transportation and parking problems due to the nature of the area as a historical bazaar and city center. For this reason, first of all, problems originating from transportation were determined and solutions were proposed by taking into account the environment of the area and transportation connections.

Apart from the conservation proposals made at the scale of a single building/parcel in the area, with the acceptance that the historical texture of the area is a whole as the island, street, and building, resolutions regarding streets and open space arrangements were determined. According to these decisions, suggestions have been made regarding the street order and transportation scheme that will enable the open spaces and streets to be designed by the historical texture and allow comfortable circulation of the disabled, elderly, and children in the area.

Since the area is a historical trade center, and the tourism activities are intense in the area, it is seen that the commercial buildings are in majority. Located in trade structures, they sometimes have signage, advertisement, awning, etc. Most of the applications are not suitable for the historical texture of the area, in practice, it is observed that there are violations of conservation plan decisions and unqualified areas arise due to lack of supervision. Therefore, to organize these applications; signage, awning, etc. suggestions are made in the 1/500 scale protection purpose zoning plan for applications. These suggestions were put into practice with the plan notes, and during the implementation, they were made by the supervision administration. 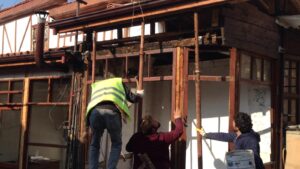 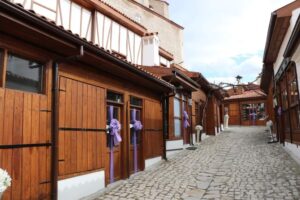 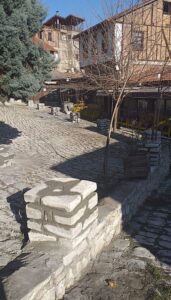 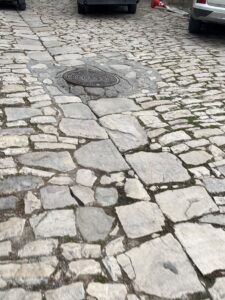 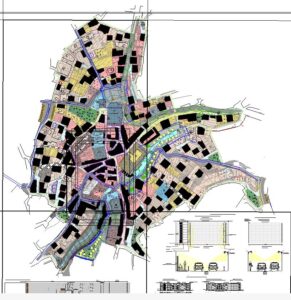 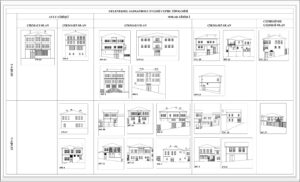