The project aimed to conserve the architectural and historical jewel of the Temple of Santa Cruz, a 17th-century building, the construction of which began during the conquest authorized by King Felipe. The authorization to found the convent was again issued by King Felipe IV in 1653. In 1660, with the temple and the convent being completed, the province’s novitiate was installed there. In 1683, Fray Antonio Linaz de Jesús María obtained papal authorization from the Order and founded the Evangelical College.

The Temple of Santa Cruz is one of the buildings most visited by local tourists as well as by foreigners because, in our traditions, the Chichimecas were defeated by the Spaniards on the hill of San Gremal, a cruel battle in 1531 where the natives surrendered when they saw in the sky the great cross and the image of the apostle Saint James. The temple and the convent were built on this site in the 17th century.

This place derives its relevance from the fact that it is a strategic center for the inhabitants and the society that visits it. According to the history, it is there that began the evangelization of the natives of our city who did not accept the wooden cross that the Spaniards had put in place. This cross was replaced by another one in stone, known today as Santísima Cruz de los Milagros. This place was also the headquarters of the barracks of Maximiliano de Habsburg to lead the remnants of the Mexican Imperial Army in the face of the Republican troops who besieged them.

Inside the convent is the so-called aquatic patio, or “Patio de Aguas“, where there are pools for domestic use, with water from the city’s aqueduct, using clay tubes covered with glass. 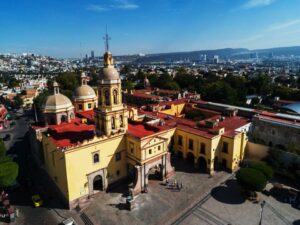 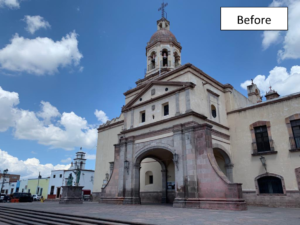 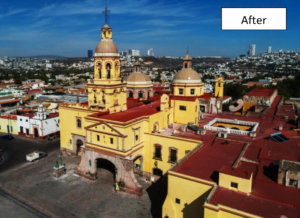 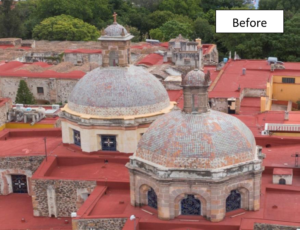 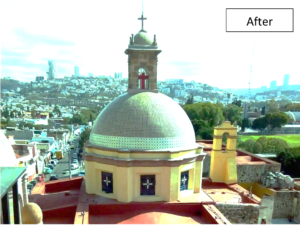 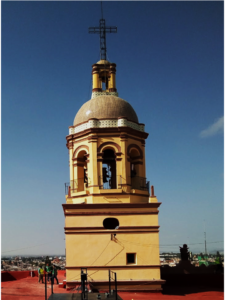 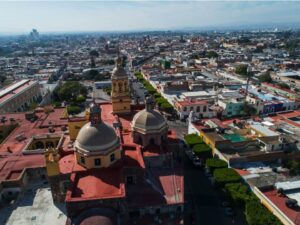 Video of the restauration project