George Town is a UNESCO World Heritage Site that covers nearly 260 ha (2.6km2) of the city centre on Penang Island, north of Malaysia. The city is an eclectic mix of old and new buildings and infrastructure, featuring pre-war buildings that dates back centuries amidst modern buildings constructed in recent decades. In recent years, gentrification and a slow decline in population in the city centre has brought on urban decay. The City Council of Penang Island then embarked on a Repopulating George Town Programme to bring people back into the city centre.

One of the ways to bring people back into the city is to improve its livability by turning it into a fun and trendy place to live, learn, work and play. Thus, the plan to create a network of green public spaces within the city centre was mooted. This network of open public spaces that winds through the back lanes of heritage houses provide a safe haven for pedestrians and residents while increasing the number of green pockets in the city. It is a sustainable way of bringing life back into the city. The revitalization of the back lanes not only created new green spaces for the people but it also enhances the rich historical elements of the city while bringing the beauty of the heritage buildings in the city into stark relief.

George Town city was built in a haphazard manner with heritage buildings leaning on each other in rows situated on a maze of narrow crisscrossing roads. These heritage buildings are interspersed with modern buildings, all of which has a mixture of residential, commercial and retail usage.

Over the years, the back lanes of these premises were neglected and forgotten. These spaces were unkempt, dirty, and unsafe. These are vacant open spaces that spreads out over 10 acres but were not fully utilized. The back lanes were dark, hidden away from the main roads and often treated as dumping grounds leading to it being rat and cockroach infested. Studies on people’s perception of the back lanes revealed that they believe it to be unsafe, dirty, and inaccessible due to manmade obstructions. This creates a negative image of George Town as a whole and a solution is needed to turn it around.

Our aim is to introduce a placemaking project that could ensure its sustainability by ensuring that the people take ownership especially if it fulfills their needs. So, the elements below were introduced to create public spaces through the revitalization of back lanes: 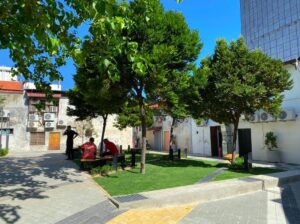 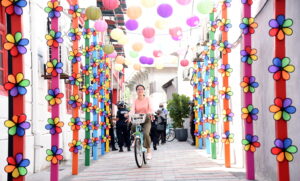 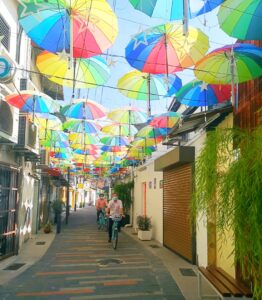 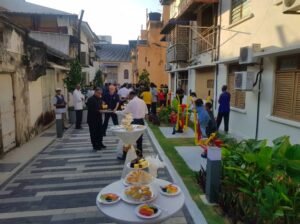 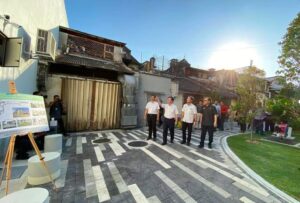 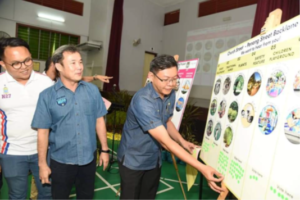 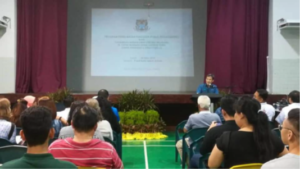 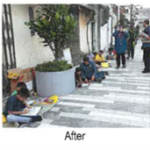