This is a long story that dates back to 15,000 years, when the first settlers arrived from Asia. The pre-Colombian cultures built this splendour that dazzled all the explorers that reached the area…

It is an amalgam of cultures that continue to exist till today.

There are 22 cities located in eight countries, having a historic and cultural value, an invaluable wealth that is important and necessary to protect, a legacy that is evidence of history and the social evolution for future generations.

With its 1,113 classified buildings, 219 city blocks spread over 271 hectares, 21 churches and an impressive aqueduct, the monumental ensemble of the city of Morelia distinguishes itself by the predominance of religious architecture, given its privileged urban situation and the fact that it keeps its plan and the features of its original design; all of this is accompanied by a historic and civil architecture, a distribution, a dosage and a proportion of open spaces around its historic quarters that make up our capital. In these quarters, there is a singular concentration of streets, squares, large and small, houses, convents, churches, monuments, and open spaces that represent the essence of the historic and the culture of Morelia. This is a built space that has adapted over time throughout the centuries and which, us, its inhabitants have bequeathed to our children, from one generation to the next.

This is how Morelia presents itself, for which the major merit and the most significant feature is without a doubt to have been able to harmonize different eras and different styles, in a conscious sobriety, without any dogmatic rejects nor simple accommodations, with its assimilative capacity that retains what it considers appropriate. From this emanates a casualness that allows for what does not identify with its own plastic sense, conditioned through the centuries.

Thanks to the love of the population of Morelia and the protection of a government inspired by a humanist desire, our city recovers its historic and cultural significance, its invaluable source of richness that it is important and necessary to protect, since it testifies to the history and the social evolution of our capital.

The Regional Secretariat for Central America, the Caribbean and Mexico is located physically in the district of the offices of the Cultural Heritage Stewardship, which falls within the competence of the city of Morelia, in the State of Michoacan. From the very start, it could count on the support of its mayor, the first one in Mexico to occupy this position in an independent manner, that is, without belonging to any political party.

The Cultural Heritage Stewardship looks after the preservation of heritage, both tangible and intangible, of the historic centre and the entire heritage built on the municipal territory.

It is deeply committed and its areas of work, well defined to support the activities of the OWHC, which are, namely: 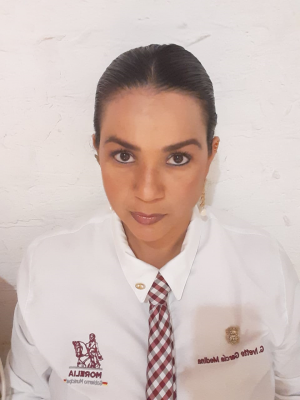 Regional Coordinator for the Central America, Caribbean and Mexico Regional Secretariat
Coordinator of the Historical Center of Morelia