World Heritage Cities are more than man-made buildings and places. They are cradles of memories and human experiences, where countless interactions and creations happen. They are alive, and we want to keep them alive. However, the authorities responsible for taking care of our cities encounter difficulties in addressing issues in mutually satisfactory ways.

Especially in the Asia-Pacific region, the reconciliation of developing a city while conserving protected sites needs a new and strong impetus. More than half of the world’s population lives in this region, and with its diversity as an asset, the several countries have enjoyed remarkable economic growth during the Post World War 2 era. The region has experienced, is experiencing, and will be experiencing rapid changes in economic development, population growth and urbanization, social transformation, and technological development, which also means tha the World Heritage Cities in the region are facing countless challenges such as armed conflicts, pollution, uncontrolled urbanization, unchecked tourist development, and the gap between modern life style and traditional life style.

Gyeongju, home of OWHC-AP was the capital for a thousand years during the Silla dynasty which unified the Korean peninsula in 668. Because of countless and priceless monuments and artifacts scattered around the city, Gyeongju is considered as a large “Museum without walls”. The contemporary residents of the city, being so proud of the historical value of their hometown, have not neglected their duty to preserve the heritage as much as they can.

There are four UNESCO World Heritages in the city:

OWHC-AP was founded in December 2013, Gyeongju, Republic of Korea. Its first regional meeting was held from 24th to 26th of September 2014.

or take a look at the owhcleaflet.pdf. 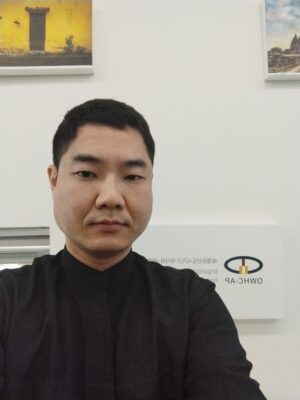 The Final Round of the 2022 OWHC-AP Online Youth Forum!