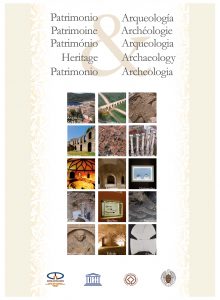 Summary: The Organization of World Heritage Cities (OWHC) was founded on September 8, 1993 in Fez (Morocco). The organization was made up of 227 cities in which are located sities included on the UNESCO World Heritage List. The OWHC´s initiatives are geared to the implementation of the World Heritage Convention of 1972 and is divided into several Regional Secretariats. The Regional Secretariat for Southern Europe and the Mediterranean was constituted in Córdoba (Spain) on 18 September 2001, with the aim of settig up a network of member cities of the Organisation of World Heritage Cities (OWHC) in order to implement common projects and strengthen the ties of co-operation between these cities that share a common geographical, historical and cultural framework. This Guide on Archeology and Heritage is the result of some of these projects.