Festivities of the 27th Solidarity Day of the OWHC

As part of the Solidarity Day of World Heritage Cities, 2020 edition, you will find below a few examples of the activities that were organized in our cities. With a big focus on digital activities given the global pandemic of COVID-19 affecting us worldwide, we are proud to say that this edition was the most successful of all time!

Ms. Lee Minaidis, interim Secretary General of the OWHC, and Mayor of San Miguel de Allende, Mexico joined the Celebration with a video.

Video of the virtual program 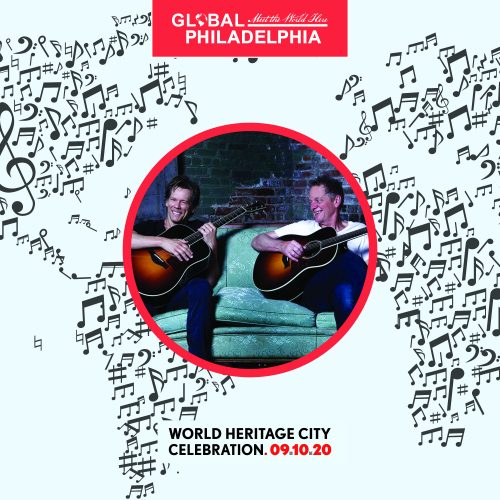 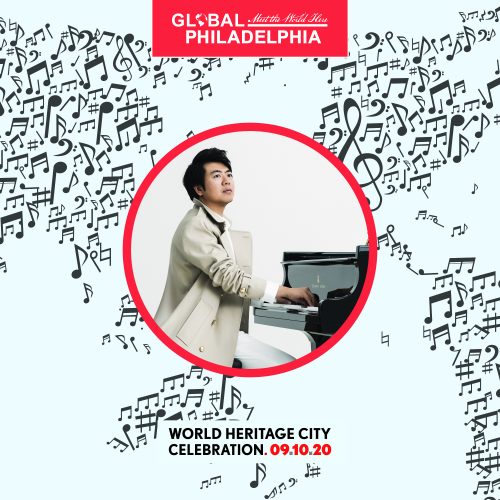 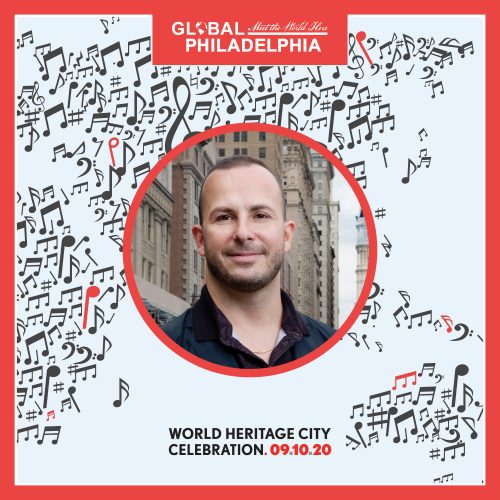 Bamberg made a digital contribution to the Solidarity Day this year. The city has produced some video messages to World Heritage sites that are celebrating their anniversary in 2020. The good wishes in French, Persian, Portuguese, Russian, Swahili and other languages were presented by members of the Migrants and Integration Advisory Board of the City of Bamberg. The addressed jubilees included the old town of Verona (Italy), the rock city of Petra (Jordan) and the historical centers of Berat and Gjirokastra (Albania). 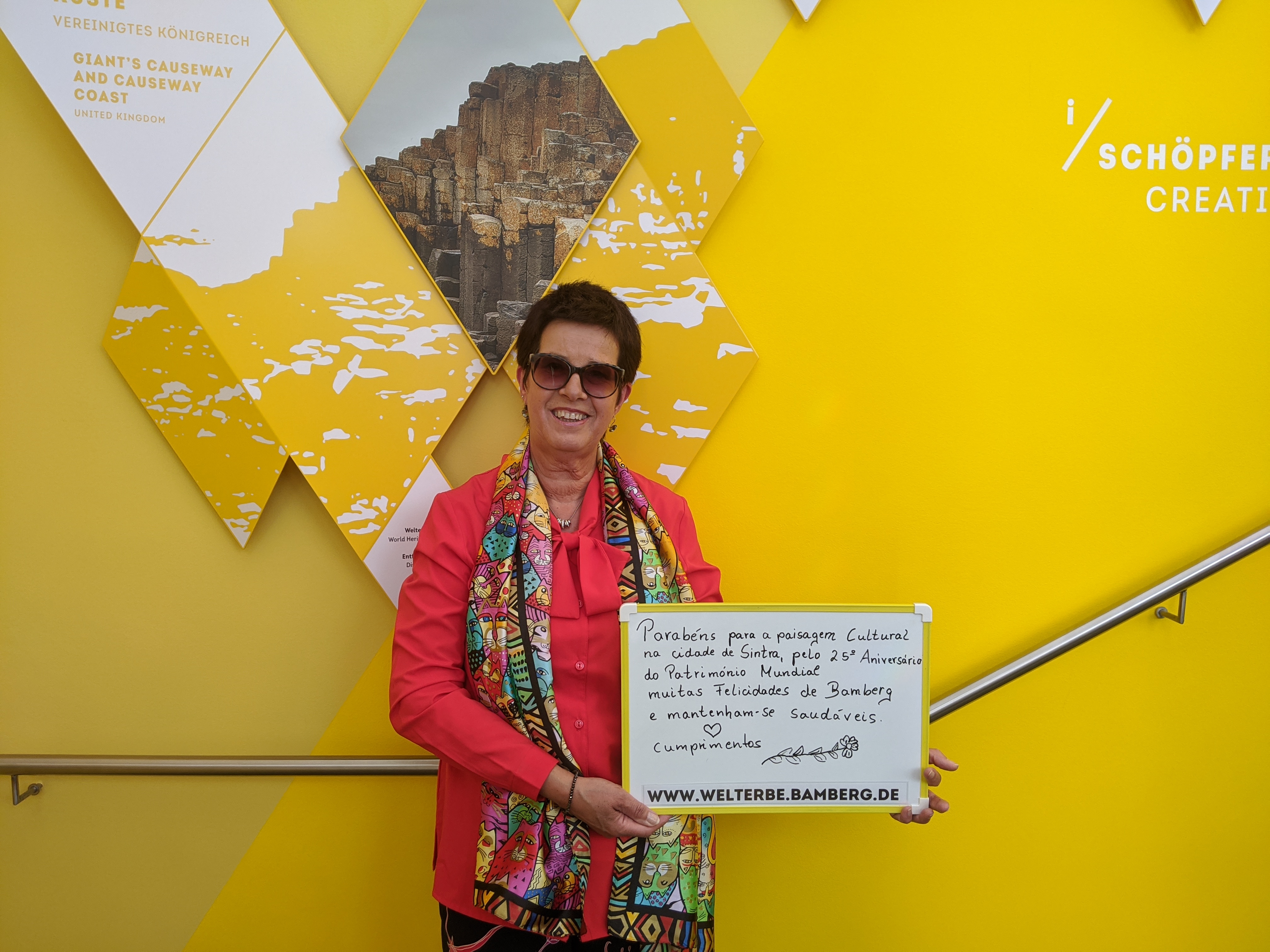 On September 8, 2020, the medieval Holy Spirit Square was reopened, after years of revitalization. One tree – an oak – was planted on the renovated part of the square. The oak will commemorate Krakow’s Presidency in the Organization of World Heritage Cities. Also, on September 8, returning to the old traditions, Mayor of Krakow Jacek Majchrowski launched the so-called Violent Bell on the Town Hall Tower. This bell was brought back to life, after many years of silence, during an official ceremony held at Krakow’s Main Market Square.

Complete news of all activities 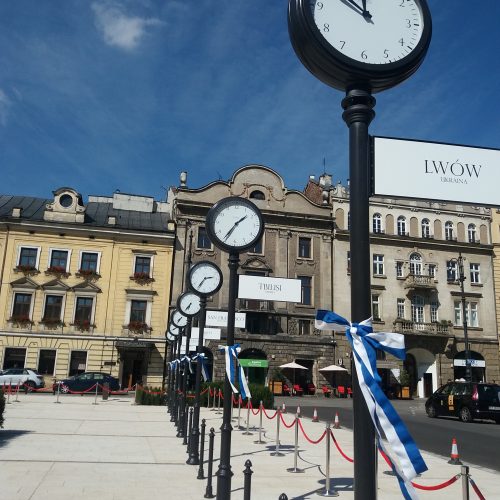 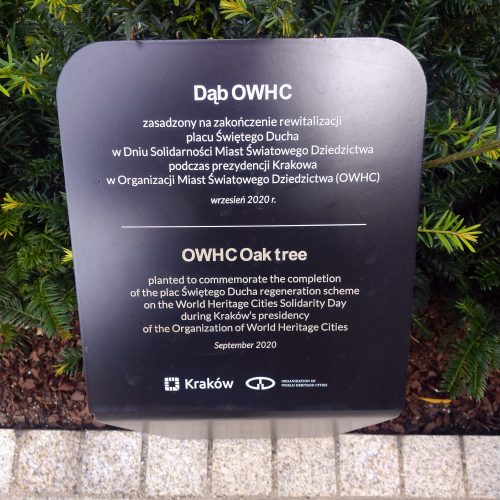 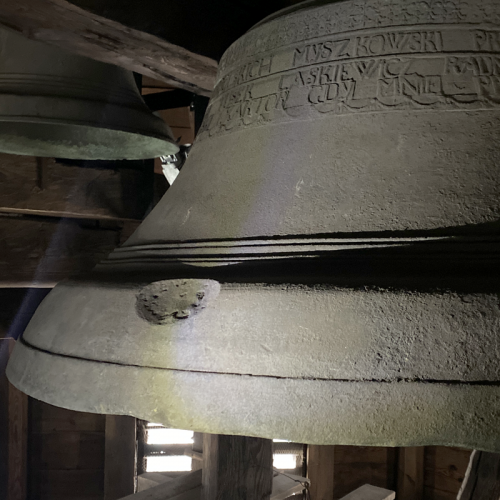 As in previous years, Segovia celebrated the Solidarity Day. At the gates of the Visitor Reception Center, in Azoguejo, the flag of the Organization of World Heritage Cities (OWHC) was raised, a simple act attended by the Councilwoman for Tourism, Gina Aguilar.

As a complement, the Tourism Department has scheduled the visit “Sweet living, the Path of Astonishment” that began at the Real Casa de Moneda. 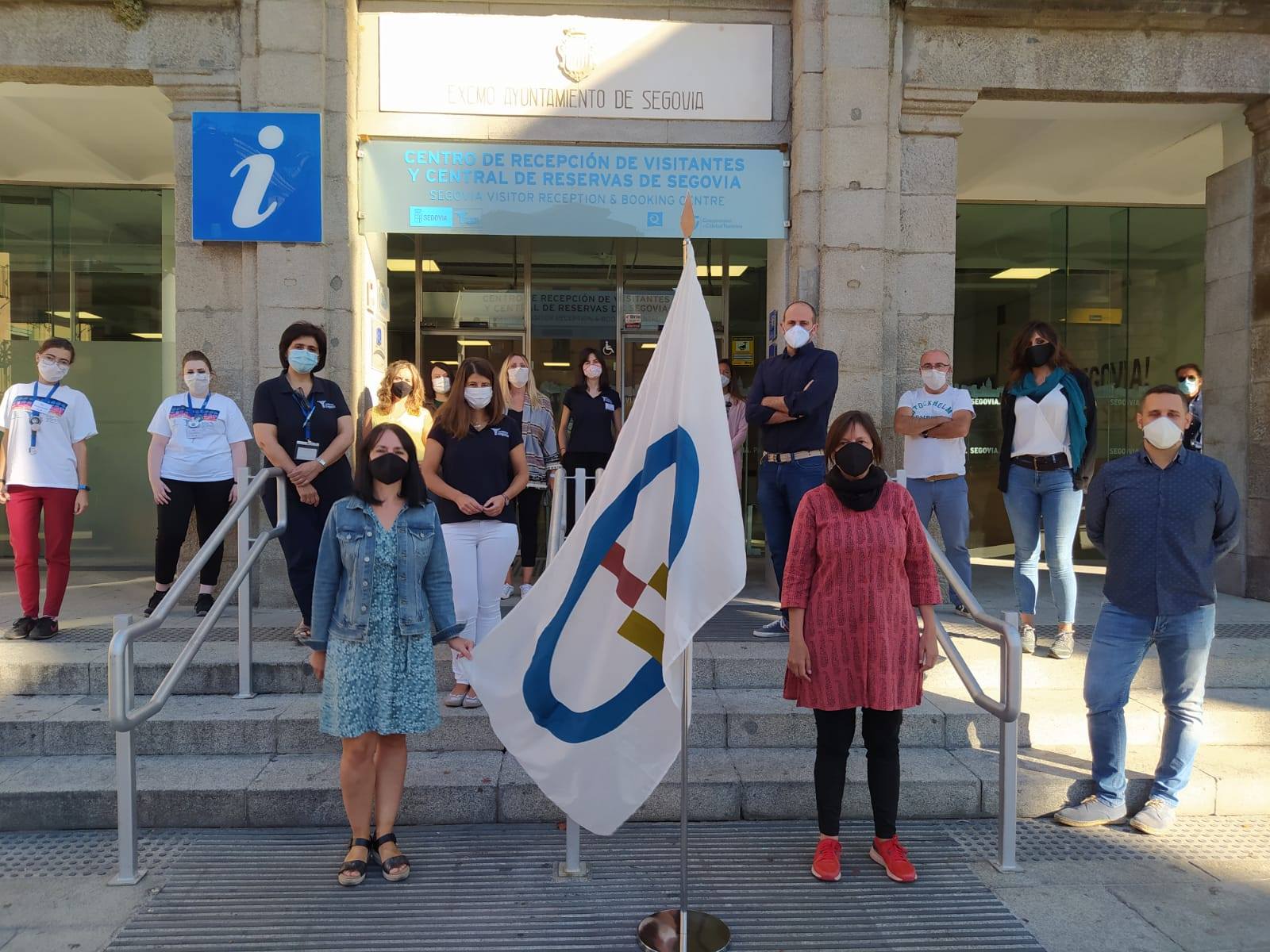 In Oaxaca, a Facebook Live conference was organized to present five incredible documents from the Jean-Paul-L’Allier Library. 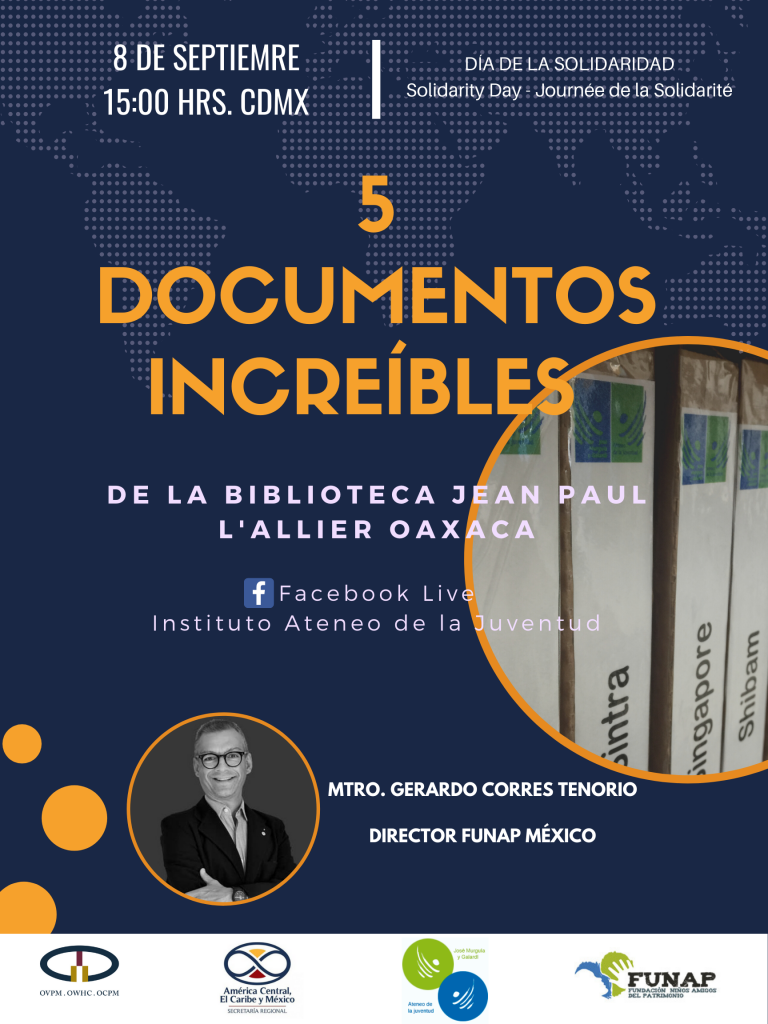 The city of Cordoba offered many activities that were directly linked with the theme suggested for this year, “Heritage and Nature”: 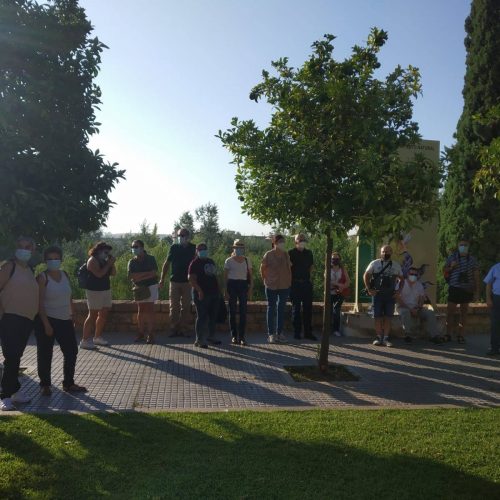 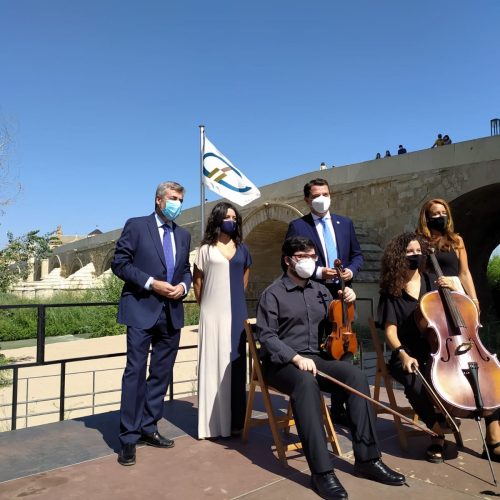 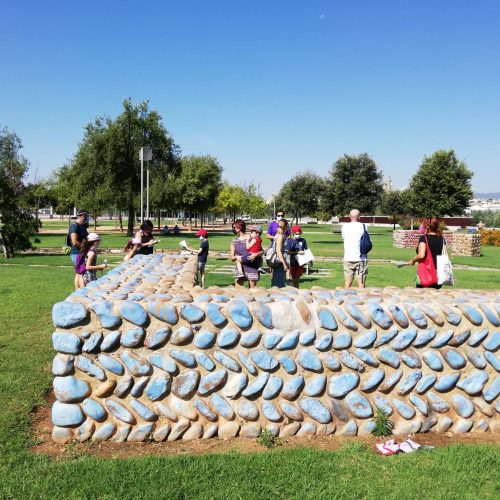 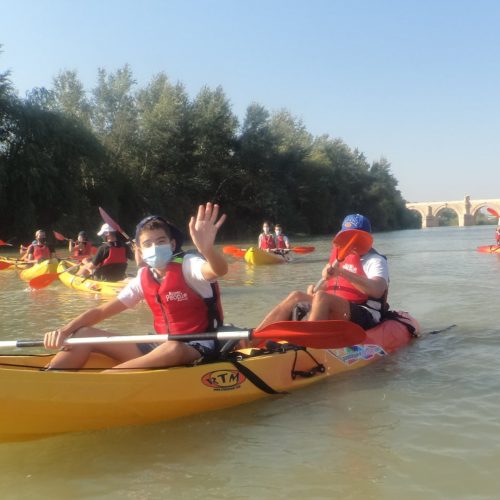 As part of the Solidarity Day, the city of Icherisheher offered an online tour of newly reconstructed Baku Khans’ Palace and Underground Bath in Icherisheher area, as well as an online masterclass by designer of Icherisheher Center for Traditional Arts on pottery and ceramic painting.

Taking into account the current pandemic situation, Angra’s Municipality has chosen to organize an exhibition in a virtual environment using 3D digital tools. Available on the website of the municipality, the exhibition is accessible for visitation, free of charge, to anyone with an internet connection.

With seven different areas, the initiative introduces local handicrafts in different materials such as stone, wood, paper, metal, porcelain, fabric or vegetable, through texts and photographs.

Granada celebrated the Solidarity Day of World Heritage Cities with a manifesto that shows the commitment of the City Council and administrations to the protection, promotion and dissemination of the city’s wealth of heritage.

Under the slogan “Let’s take care of our heritage, let’s take care of our future”, the manifesto, promoted by the Albaicín Agency and signed by various administrations, contains ten points in which the signatories recognize the international dimension of the World Heritage cataloguing, which places Granada in a preferred place to understand the historical and cultural encounter of many civilizations.

Read the original article (Spanish only)

The Municipal Câmara of Évora offered a guided visit to the Public Garden of Évora, built in the 19th century on the initiative of the municipality, with an area of 3.3 Ha. The land where it is located was the Royal Garden of the Palace of Don Manuel and the Convent of San Francisco.

The visit was carried out by the Évora Tourist Office. 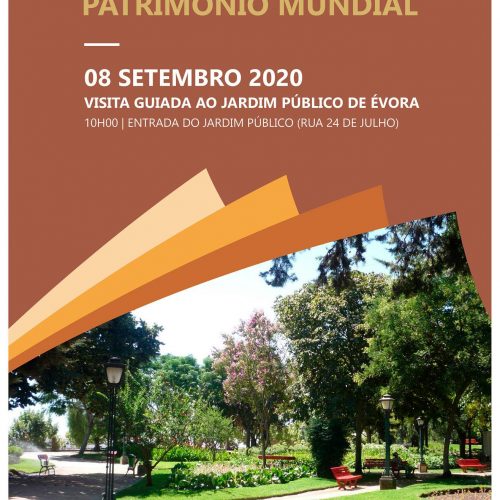 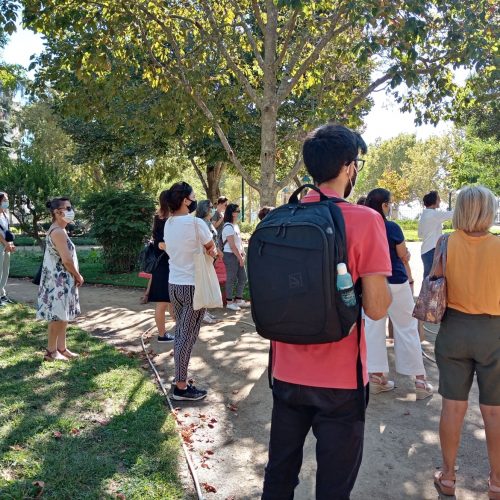 The Lëtzebuerg City Museum, together with the Luxembourg City Tourist Office, conducted several guided tours of the UNESCO Walk. Visitors were immersed in a stunning natural environment, where they could admire the impressive remains of the old fortress.

Visitors were taken on a bus ride through the district’s narrow streets and, with the help of 3D glasses, transported back to 19th-century Pfaffenthal. This multi-sensory experience, enhanced with photos, animated images, sounds and music, immersed visitors in the everyday life of the district.

MESSAGE FROM THE MAYOR

Ing. Abelardo Ruiz Acevedo, as mayor and active member of the Regional Secretariat for Central America, the Caribbean and Mexico, presented the successful practices of his city San Pablo Villa de Mitla for the sustainable development of his community.

Message from the Mayor (Spanish only)

In addition, a live lecture was given on “The Importance of the Yagul and Mitla Caves as World Heritage”, the inscribed site managed by Mitla. 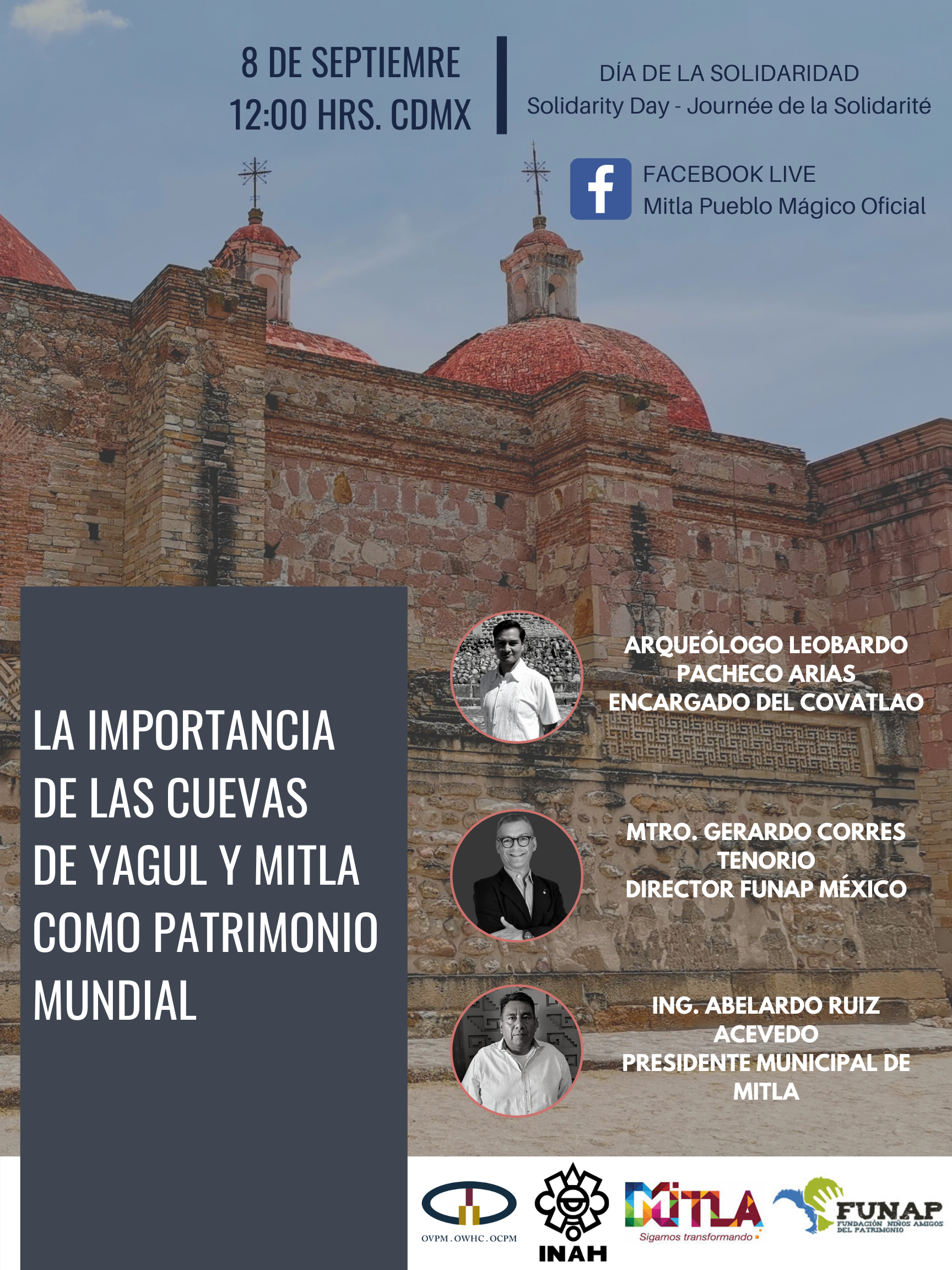 Within the framework of this important date for Heritage Cities and the OWHC, the city of Querétaro presents its successful practices during 2020; emphasizing on the importance of citizen responsibility for the correct compliance with sanitary measures.

The Town Hall of Ribeira Grande de Santiago carried out in Cidade Velha, on September 8, a cleaning campaign of the Historic Site, especially in Rua Banana, Rua Carreira, Rua Calhau, Porto and Ribeira.

Despite the pandemic situation, equipped with all security measures, the intent was not only to remember this important date, but also to carry out a formal act of preservation of our heritage and Cidade Velha. 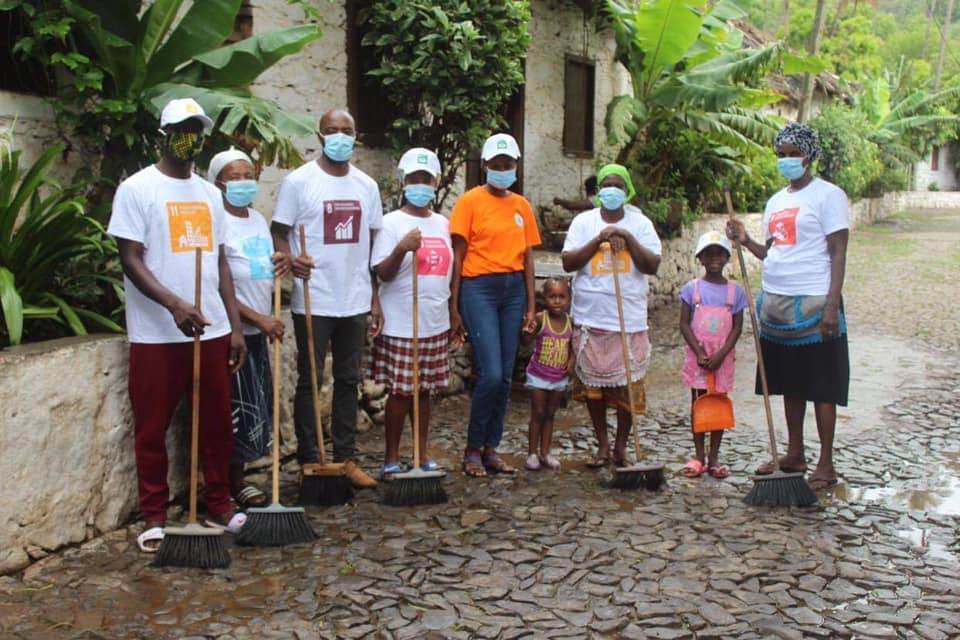 The Regional Secretariat for Central America, the Caribbean and Mexico, based in Morelia, has the pleasure of sharing, within the framework of “Solidarity Day”, the presentation of its external collaborator: Gaspar Hernández Razo, Independent Councillor and President of the Commission for Cultural Heritage and Public Space.

From September 14 to 20, Bordeaux Métropole, in partnership with the City of Bordeaux, organized the World Heritage Sites Week, a week of meetings, exhibitions and events about metropolitan heritage, including the conference “Florence, Saint-Jacques-de-Compostelle, Edinburgh, Porto, Bordeaux: five UNESCO sites à la carte”. 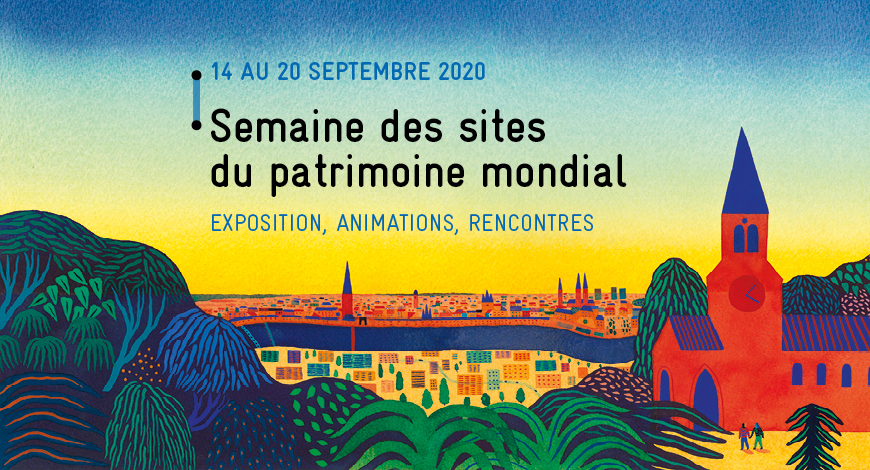 The city of Xochimilco, Cultural and Natural Heritage, through the Regional Secretariat of Central America, the Caribbean and Mexico and within the framework of Solidarity Day, shared its successful actions implemented for its sustainable development.

In Arequipa, Peru, an online group discussion was held on the theme: “The New Normal in World Heritage, the case of the Historic Center of Arequipa”, to which several speakers and important World Heritage administrators participated. 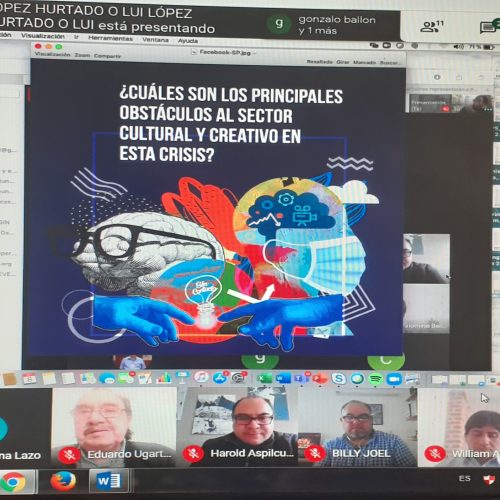 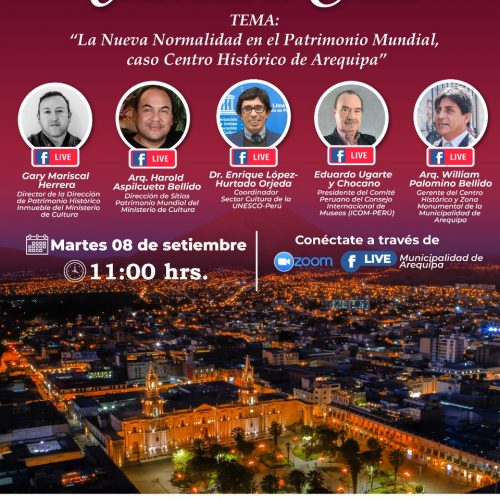 In Kazan, the Kazan Kremlin Museum-Reserve celebrated the Solidarity Day of World Heritage Cities by hosting festive activities dedicated to this memorable day. Among the several activities organized, there were: 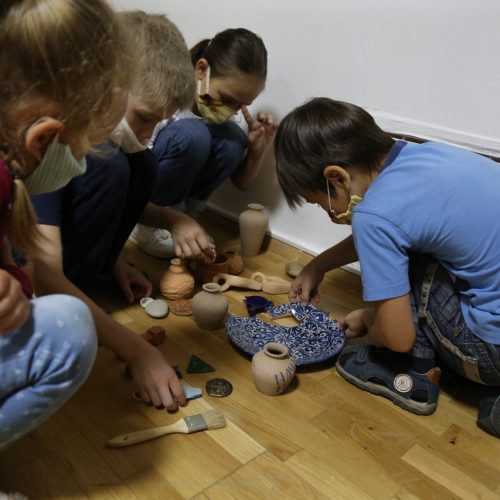 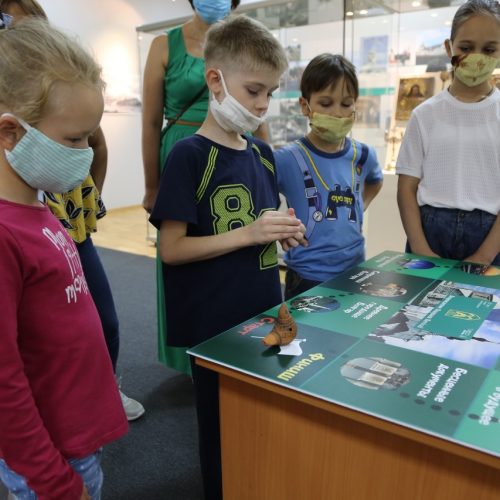 To mark the Solidarity Day of World Heritage Cities, the City of Quebec has launched “Nouveau regard sur le Vieux” (New look at the Old), an exhibition of photographs by photographer Christopher Méthot, to be discovered in the gardens of the Hôtel-de-Ville until to October 8. 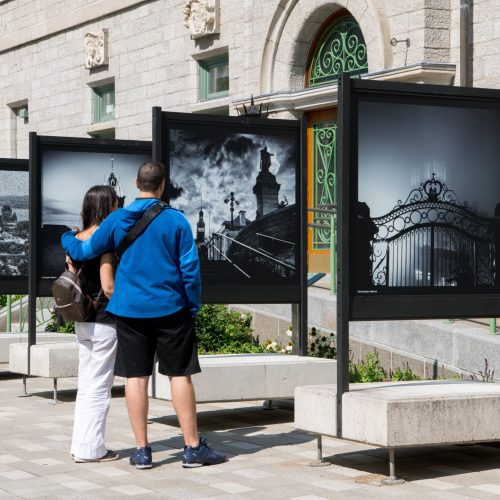 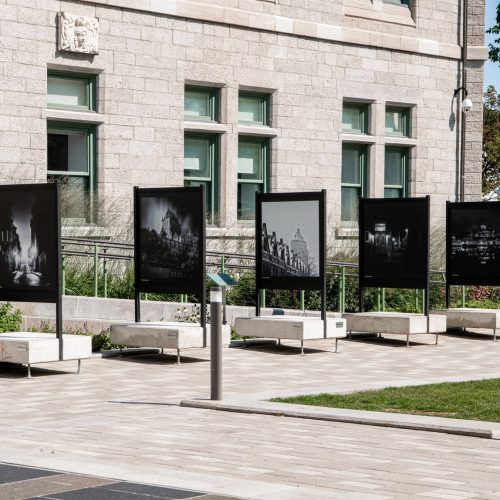 For Solidarity Day, the city of Puebla highlights the Comprehensive Maintenance of the 5 de Mayo Corridor project, which contemplates the new paradigms of healthy distance and the consolidation of Universal Accessibility, recovering the purpose of increasing dynamism and vitality of one of the most emblematic streets of Puebla.

All the activities were recorded, and you can find them by visiting the World Heritage Festival website: 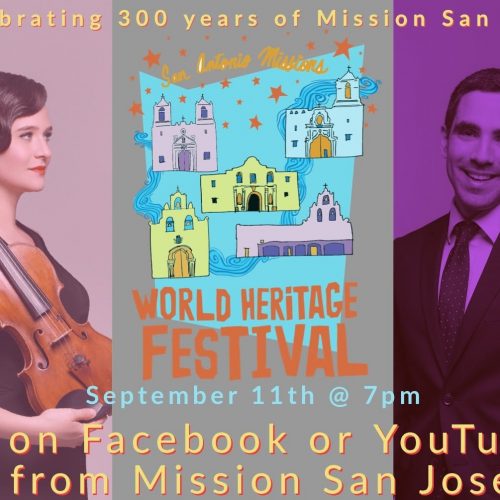 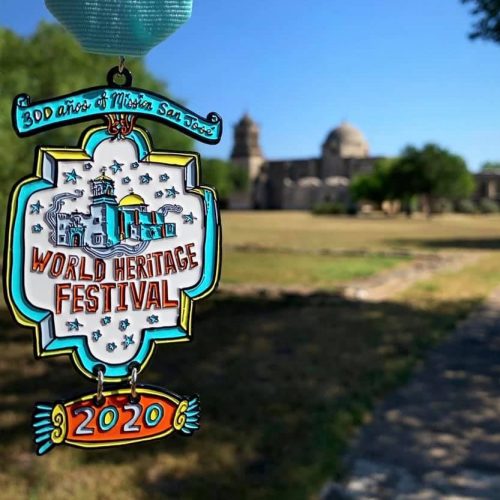 In Brussels, a web page has been created on this subject and the event was announced the same day on the news page of the City of Brussels.

We take this opportunity to share a link to a webcam installed on the Grand-Place of Brussels, to be admired live.

Webcam of the Grand-Place