Students from Regensburg Schools presenting 3 Lost traces to the public

Central to the European Cultural Heritage Year is what interconnects Europe and what is culturally shared.

The Cultural Heritage Year hopes to reach out, above all, to young people, connect to their everyday lives, and win them over as actors and disseminators. As such the Association for Architecture and Training has developed the project, LOST TRACES . . . , a young person’s search for architectural evidence.

Already at the beginning of the school year 2017/2018, the FOS/BOS Regensburg, the high schools Lappersdorf and Albrecht-Altdorfer, the private high school Pindl and the Konrad Middle School became actively engaged in the history and architecture of Regensburg.  Consequently, much was discussed about personal origins and identity, as well as society and Europe.

In cooperation with the State Working Group for Architecture and Training (a registered association), the City of Regensburg’s World Heritage Coordination implemented already in 2017 a project that searched for Jewish roots in Regensburg with the help of FOS/BOS, Lappersdorf High School and the Prague German School and in April, 2018 students from Lappersdorf High School and from partner schools in Czech Republic and Italy searched for evidence in and around St. Emmeram.

On the 23rd and 24th of June, 2018 the Albrecht-Altdorfer High School, the private high school Pindl, and the Konrad Middle School presented themselves with their [new] Architectural Tour. This coincided with the “Ostengassenfest.” That weekend three locations briefly became a focus of attention to the general public, thanks in due part to social initiatives, the Bavarian State Office for the Preservation of Historical Monuments and the Bulgarian orthodox community.  Attractions included: guided tours, discussion groups, participatory painting event, exhibits, a Roman children’s fest with games and sports, Archaeology in the Box, and much more.

1. Peterskirchlein (in the Park between Bahnhof and Albertstraße) – the Konrad Middle School Project 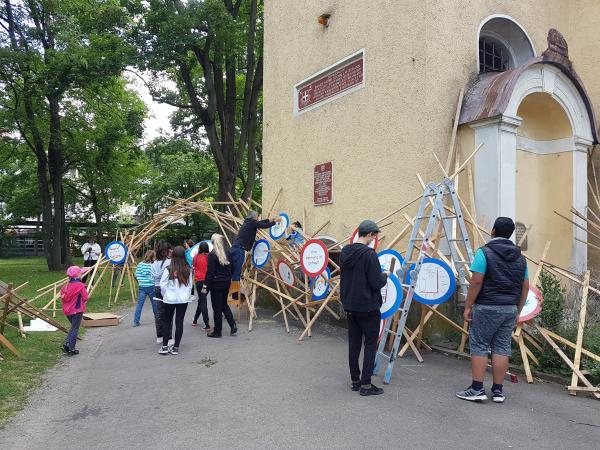 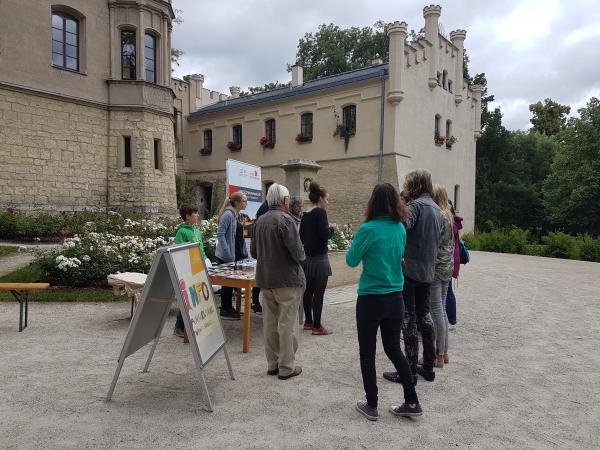 3. Roman Fest at the AAG Sportplatz (near the Royal Villa) – the Albrecht-Altdorfer High School Project

Over the course of a school year the 6th grade at AAG engaged itself with Roman life and the Roman history of its sports field—once a thermae facility – the outcomes of their ‘search for evidence’ are presented in a Roman children’s fest with games and sports, and in “Archaeology in the Box,” a creative reconstruction of the early thermae facilities – much more was offered as well.