On 17 December 2019, Luxembourg Minister for Culture Sam Tanson, Luxembourg City Mayor Lydie Polfer, and President of the Luxembourg Commission for Cooperation with UNESCO Simone Beck welcomed HRH the Grand Duke to Cercle Cité for a symposium organised as part of the “25 Years of Lëtzebuerg World Heritage” celebrations.

In her keynote address, Lydie Polfer lauded the addition of the “City of Luxembourg: its old quarters and fortifications” to the World Heritage List on 17 December 1994. “The recognition of the outstanding universal value of our site has had a fourfold effect on Luxembourg City: its historic buildings and landscape are protected at local, national and international level, the site’s tourist appeal is enhanced, residents’ quality of live is improved and awareness for nature of the site is raised.” 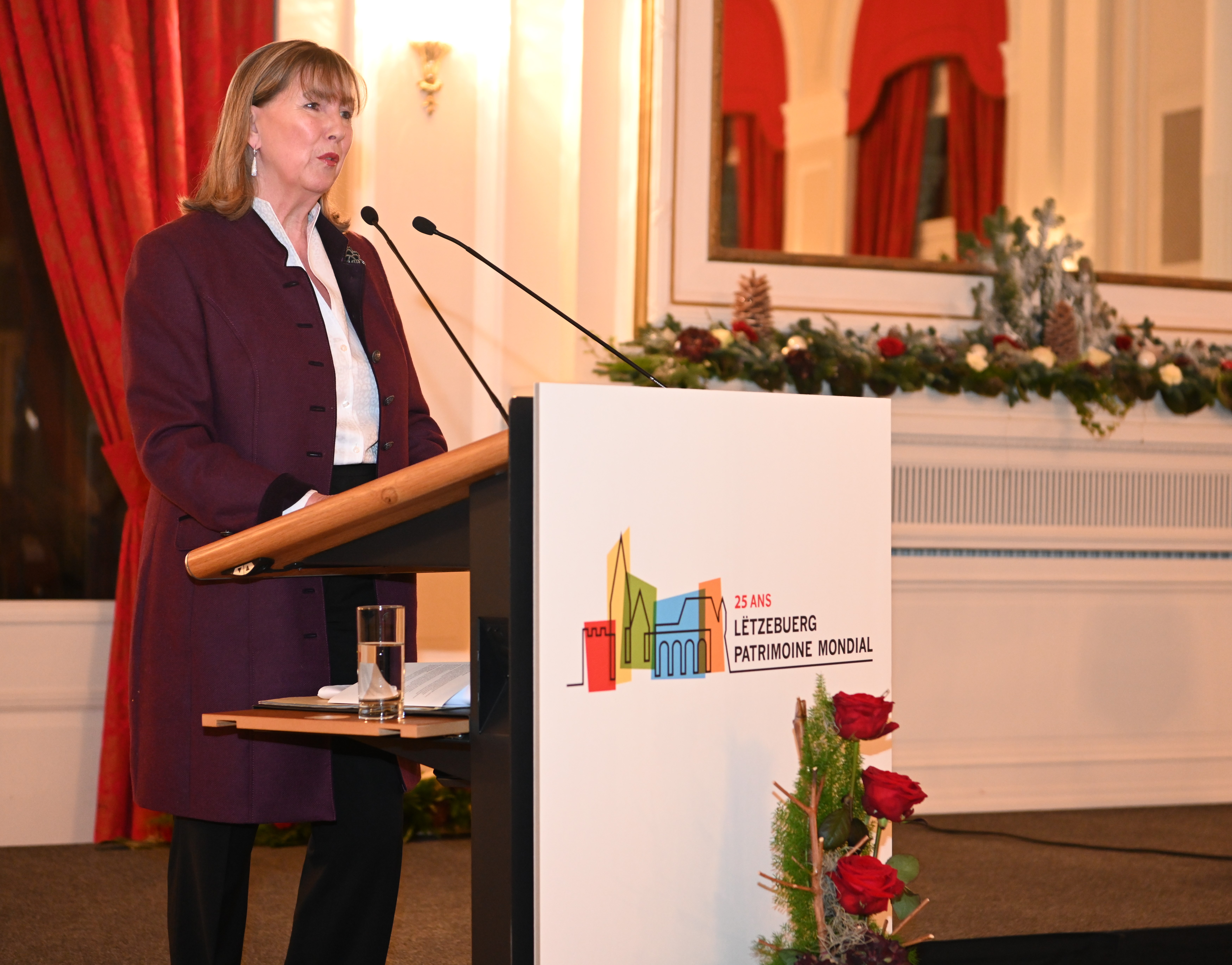 In her talk, Simone Beck underscored the importance of UNESCO, a major global organisation, in a world that is constantly presenting new challenges. She praised all those who spared no efforts in compiling Luxembourg City’s application for the prestigious world heritage programme.

Sam Tanson pointed out that the government’s commitment to UN membership opened the door to the application to the World Heritage Centre in 1993. The application was approved just before the 1995 year of culture. “Worldwide recognition placed the ‘City of Luxembourg: its old quarters and fortifications’ on the global cultural map. This sparked the creation of many cultural institutions, including the Lëtzebuerg City Museum, the Philharmonie, the MUDAM and neimënster, as well as an ambitious programme to restore the city’s heritage and revitalise the old town and fortifications. I would like to congratulate the many players whose projects were selected as part of the anniversary programme. They stand out not only for their innovative nature, but also for their commitment to fostering dialogue for peace, digital communication and sustainable development.”

Musical accompaniment was provided by Voices International – a choir made up of 45 adults from 25 different countries. UNESCO artist for peace Naseer Shamma gave a spellbinding performance on the Iraqi oud, which imparted Shamma’s commitment to the “globalisation of this art” and his efforts to promote peace and make culture accessible to everyone.

Find the complete programme for “25 Years of Lëtzebuerg World Heritage” at www.patrimoinemondial.lu