The jury of UNESCO believe that the meticulous protection of Ke Yuan, a classical garden of Suzhou built in Qing Dynasty, has reflected the artistic and scientific nature of the conservation of the traditional Chinese landscape.

Both traditional and contemporary technologies and materials have been used to restore plant landscapes and repair traditional structures such as the stone bridges, and it has achieved a balance between natural elements and constructural elements in the garden. Ke Yuan has become an important communication center for traditional culture. This restoration project has not only resumed the internal harmony of Ke Yuan as a classical garden, but also preserved the status and tradition of classical gardens in Suzhou-style living.

Through the process of applying for UNESCO’s Asia-Pacific Awards for Cultural Heritage Conservation, Suzhou has accelerated the exchanges and cooperation with the world in the field of cultural heritage conservation, and it will further bring the Classical Gardens of Suzhou to the other member cities of OWHC. 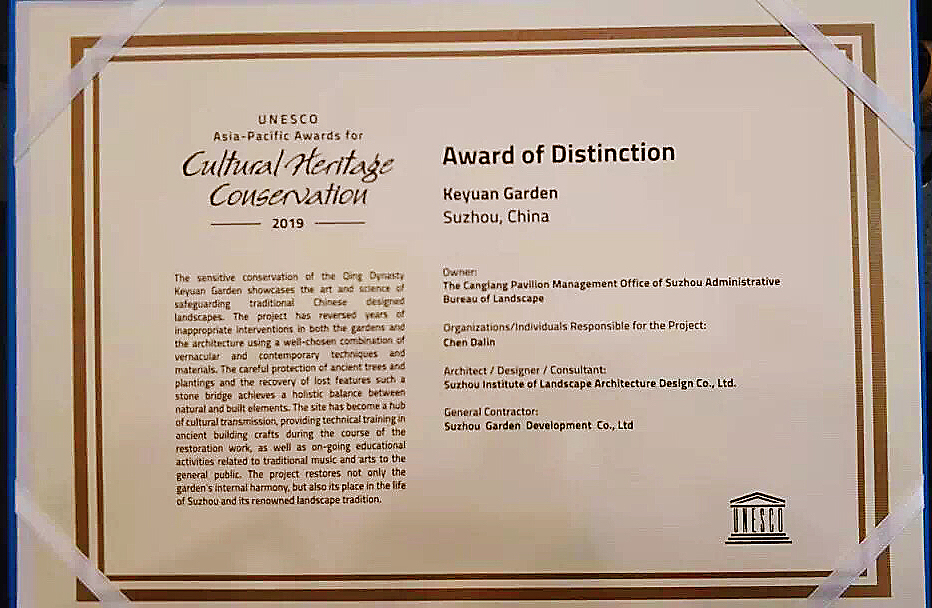