Foundation of the Organization of World Heritage Cities – a historical perspective

On November 16, 1972, the General Conference of the United Nations Educational, Scientific and Cultural Organization (UNESCO) adopts the Convention Concerning the Protection of the World Cultural and Natural Heritage (World Heritage Convention). Under the provisions of this Convention, the UNESCO World Heritage Intergovernmental Committee each year inscribes on the World Heritage List natural or cultural sites which must be submitted for listing by member States that have signed the Convention.

1993: The Organization of World Heritage Cities is founded at Fez (Morocco)

After discussions during the Second International Symposium of World Heritage Cities, delegates from 56 participating cities meet on September 8, 1993 at the Founding General Assembly and decide to create the Organization of World Heritage Cities (OWHC). The Statutes adopted at that time specify the mission, the goals and powers of this international non-profit non-governmental organization. The Founding General Assembly accepts the proposal by the Mayor of Québec City and President of the Provisional Executive Committee, Jean-Paul L’Allier, to establish the headquarters of the Organization in Québec City. The first eight members of the Board of Directors and the Secretary General were also elected by the General Assembly. The OWHC General Secretariat is still today in the city of Québec, in Canada. 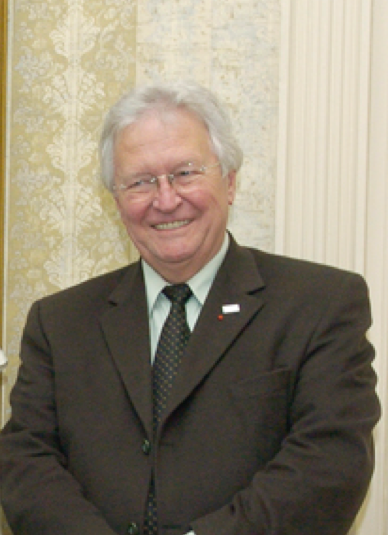 Jean-Paul L’Allier graduated in law and political science from the Université de Montréal (BA 1959) and the University of Ottawa (LLL, 1962, DESD, 1963).

He was an attorney in private practice in Ottawa and Hull, and a professor of the Law Faculty at the University of Ottawa before becoming a senior research fellow with the African Training and Research Centre in Administration for Development in Morocco from 1964 to 1966.

From 1966 to 1968, he was the director of cooperation with the Québec government’s department of cultural affairs and coordinator for the Québec government during visits of heads of state to Expo 67 in Montréal. He was named the first secretary general of the joint Franco-Québec youth office (Office franco-québécois pour la jeunesse) in 1968. Until 1970, he led its development prior to becoming the minister responsible for the Office and president of the Board of Directors until 1976.

Politics at the service of culture and heritage

Deputy of Deux-Montagnes at the National Assembly of Québec, he served as a minister in the Bourassa government from 1970 to 1976; as the Minister of Youth leisure and Sports in 1970; Minister of Public Service from 1970 to 1972; Minister of Communications from 1970 to 1975; Minister of Cultural Affairs in 1975; member of Québec’s Treasury Board in 1976; and member of the Legislative Committee during this entire period. He was president of the interdepartmental committee on the quality of life until the election of 1976.

At the close of the 1970s, L’Allier was president of the Board of Directors of the Grand Théâtre de Québec and president of the Fondation du Théâtre du Nouveau-Monde in Montréal. He was Québec’s Delegate General in Brussels from 1981 to 1984, and the honorary consul of Belgium in Québec from 1985 to 1988.

He was elected Mayor of Québec City on November 5, 1989 and held this position until December 2005. He was the president of the Communauté métropolitaine de Québec and member of the Board of Directors of the Union des municipalités du Québec. He was also vice-president of the Association internationale des maires et responsables des capitales et métropoles partiellement ou entièrement francophones (AIMF) and president of the Great Lakes and St. Lawrence Cities Initiative.

Foundation of the Organization of World Heritage Cities

In 1991, Mr. L’Allier founded the Organization of World Heritage and presided over the organization until 1999. Born out of a desire for outreach, the OWHC now reaches out to more than 300 cities worldwide.

Back to law and education

Proud of a busy political career, L’Allier then returns to practice law as an attorney and strategic advisor for business development with the firm of Langlois Kronström Desjardins, one of the main legal firms in Québec.

He was also a visiting professor at Université Laval where he participated in teaching and research activities at the École supérieure d’aménagement du territoire et du développement régional, and the political science, geography, and information and communication departments.

All about OWHC
General By-Laws Introduction and mission Foundation and founder
World Heritage Convention One logo, one heritage OWHC’s General Assembly
Partners OWHC Board of Directors