Meeting between the Secretary General and young professionals in St. Petersburg

On September 29, a meeting between the Secretary General of the Organization of World Heritage Cities (OWHC) Mr. Denis Ricard and the youth of St. Petersburg took place at New Holland.

At the meeting, which began with a welcoming speech by Mr. Alexey Mikhailov (Deputy Chairman of the Committee for the state preservation of historical and cultural monuments, Government of St. Petersburg), were attending young museum specialists, representatives of universities associated with the study of cultural heritage, students of UNESCO departments and volunteer organizations of St. Petersburg.

As part of the meeting, Mr. Ricard handed a diploma to the student of the University of Film and Television Alexandra Tereshchenko, winner of the third place in the 5th edition of the International Video Production Competition, organized by the OWHC in 2019. 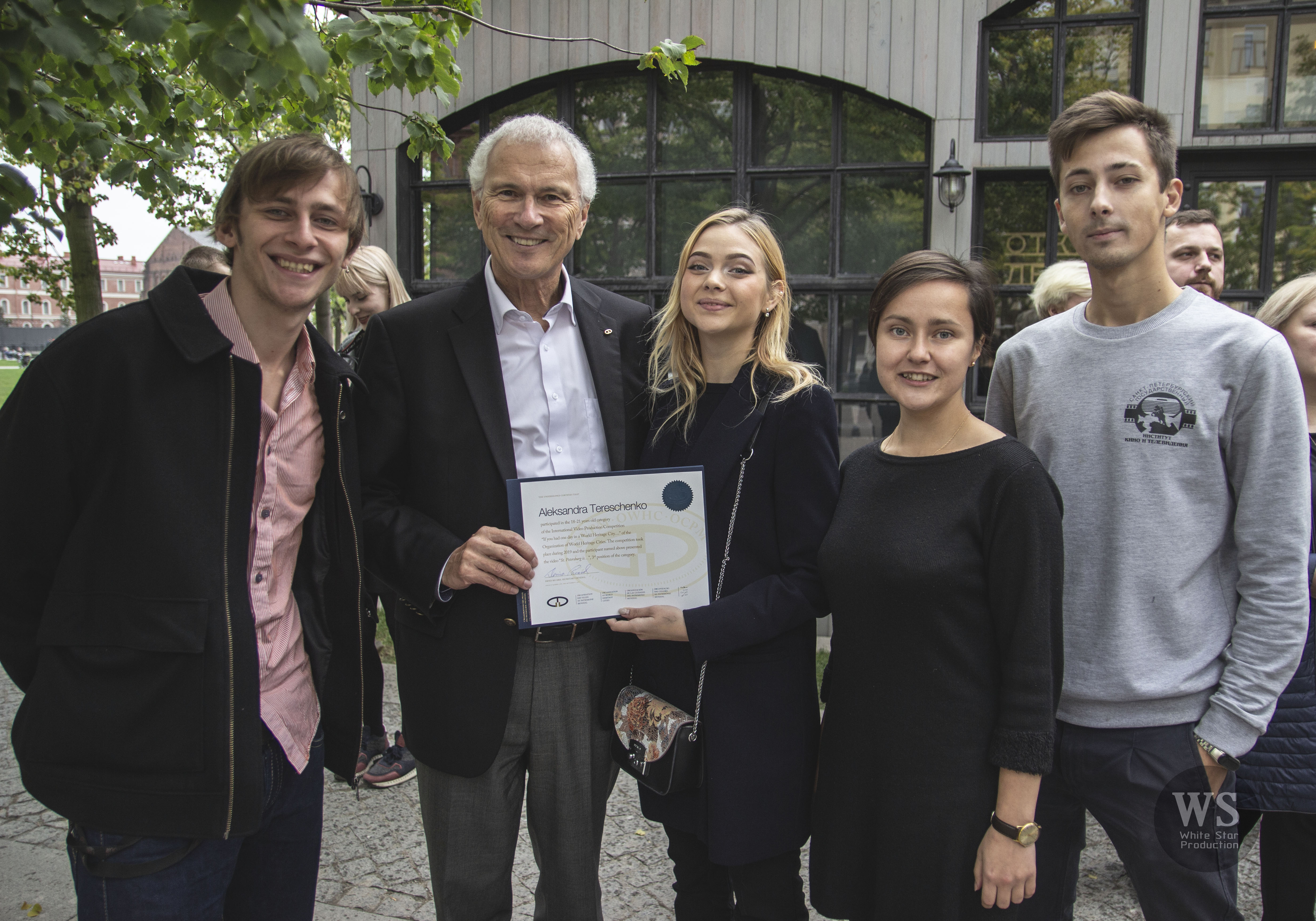 The guest of honor also spoke about the history of the Organization, its tasks and its role in the field of preservation and popularization of the world cultural heritage, as well as youth projects in which young citizens can take part.

The coordinator of the projects of the OWHC in St. Petersburg is the Committee for the state preservation of historical and cultural monuments, Government of St. Petersburg.