Festivities of the 26th Solidarity Day of the OWHC

As part of the Solidarity Day of World Heritage Cities, 2019 edition, here are a few examples of the activities that were organized in our cities:

The Municipality of Angra do Heroísmo celebrated the 26th Solidarity Day of World Heritage Cities, through an interpretation visit to the Garden Duque de la Tercera. The city provided access to all people, whether residents or visitors, to the Garden which is one of the emblematic places of the World Heritage city. The city thus actively contributed so that the visitors have an opportunity to know and perceive the evolution of the Garden, from its inception until today, but also so that they learn about the connection of this space with the future Interpretation Center of Angra do Heroísmo. 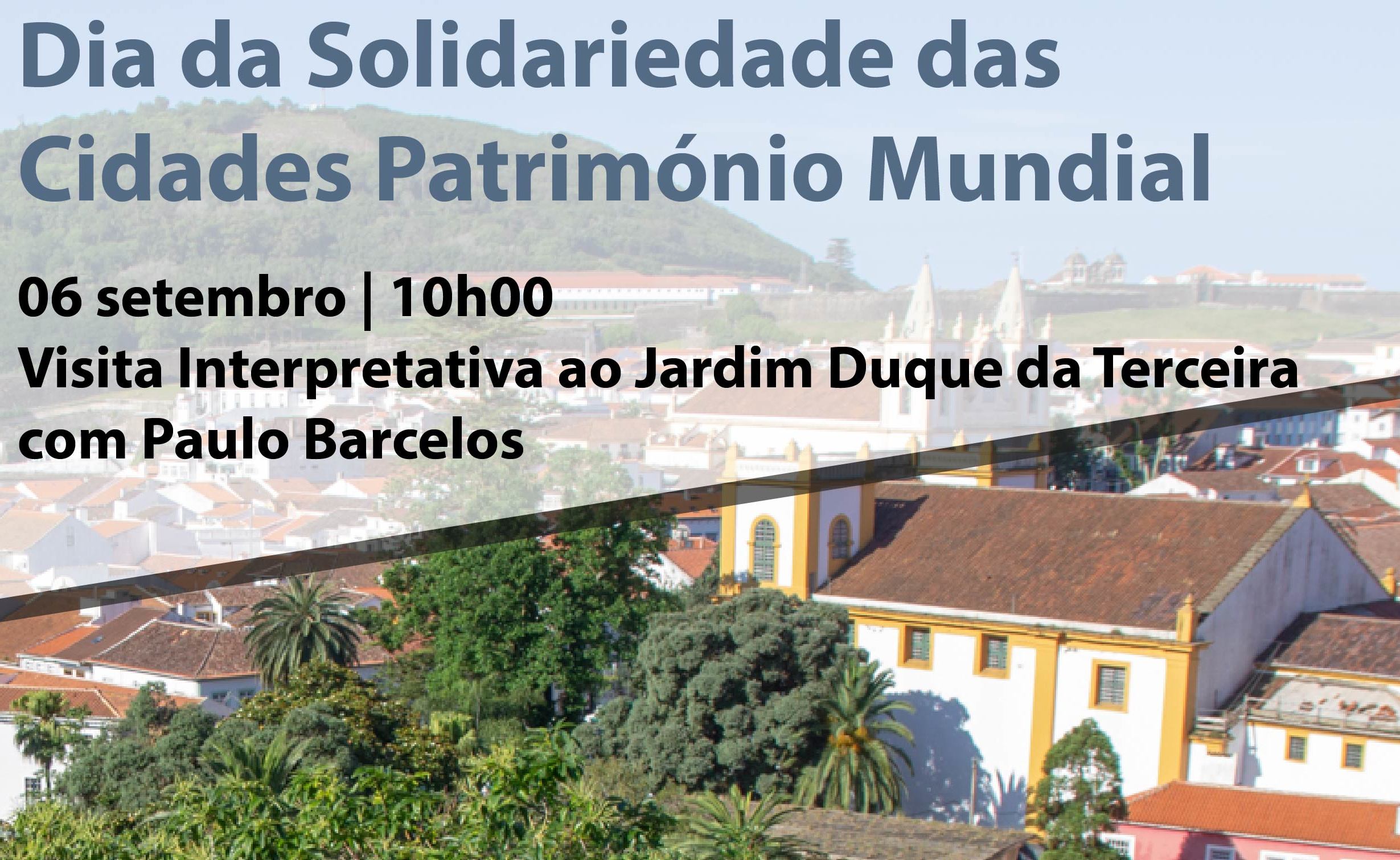 On Sunday September 8, at 12:30 pm, at the Portón de Campo (Gate of the Citadel) Colonia commemorated the Solidarity Day of World Heritage Cities, with the performance of the Municipal Choir, the Voces de Mi Ciudad.

The entire community of Colonia was invited to participate in this celebration, where a photo was taken and sent to the OWHC. 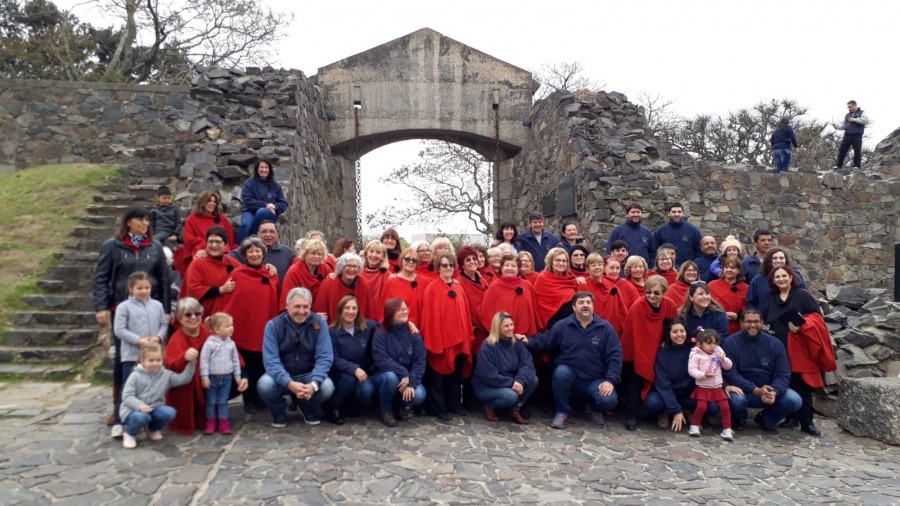 In Cordoba, a whole week of different activities was organized by the city, as part of the “Solidarity Day of World Heritage Cities – 8 September”, in addition to the traditional OWHC flag raising. 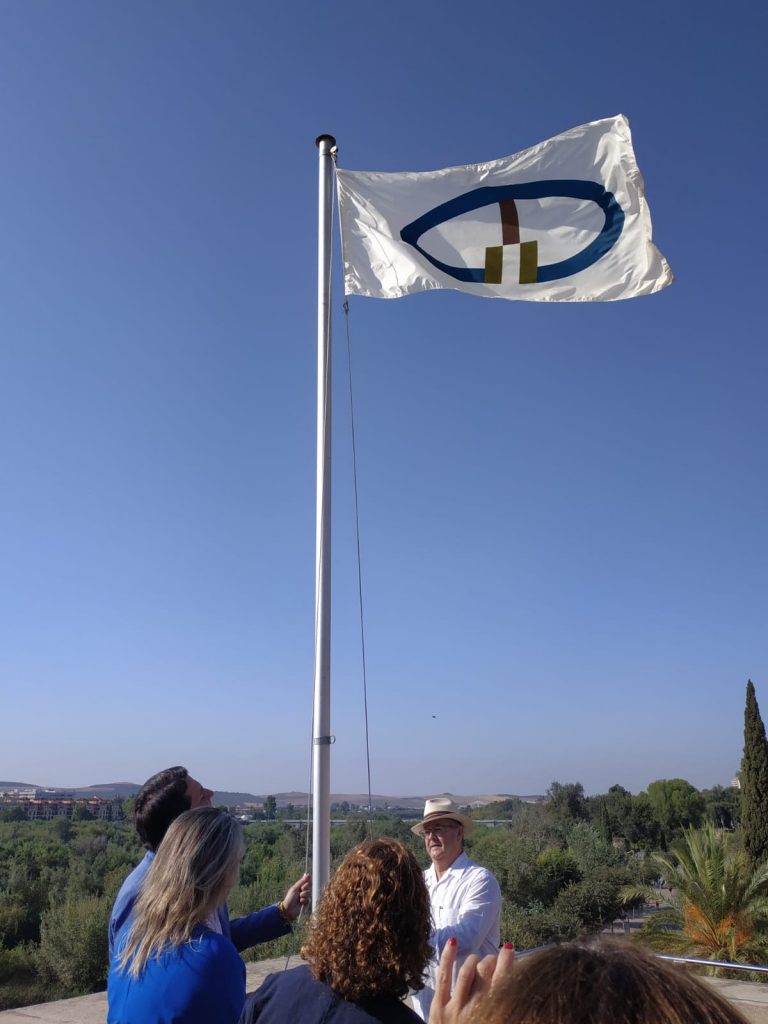 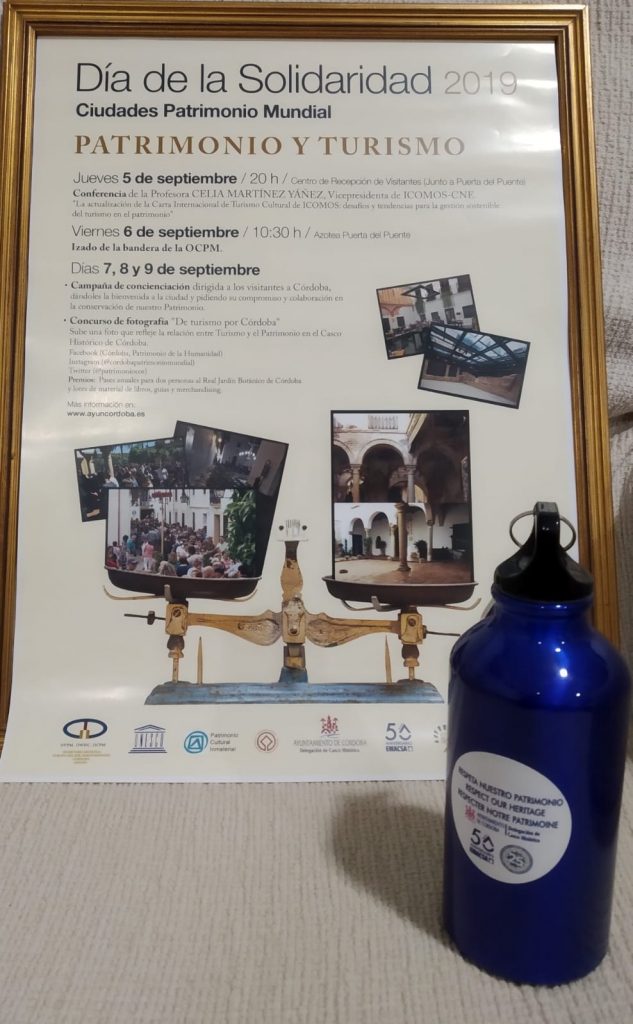 San Antonio organized their 4th edition of the World Heritage Festival. The festival occurred after Labor Day weekend and overlapped with the OWHC Solidarity Day of World Heritage Cities that occurs annually on September 8th. Have a look at the website of the Festival for more info:

On September 8 in Québec City, the visitors had the opportunity to discover or rediscover the Old Quebec thanks to many activities offered by the City of Quebec, among others: guided visits of the fortifications, thematic visit of the Monastère des Augustines, visits to the funerary crypt and the museum of the Notre-Dame Cathedral Basilica, etc.

Description of the activities (French only)

As part of the 26th Solidarity Day, the City of Mitla (Mexico) offered a conference about “Identity and Preservation of the Cultural Wealth of Mitla as World Heritage”. 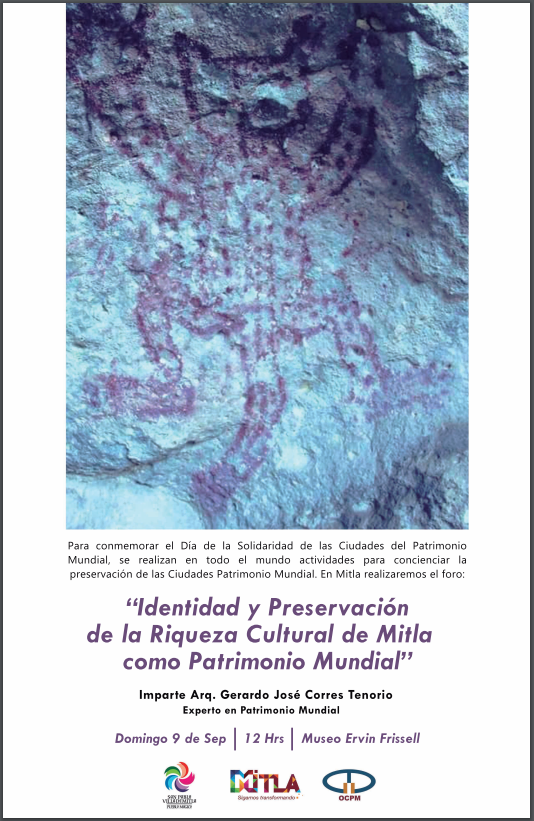 In order to celebrate the 26th Anniversary of the Solidarity Day of World Heritage Cities, OWHC-China organized a series of activities for September 8th in the city of Pengzhou, Sichuan Province, China. Dr. Huang Yong and government officials of Pengzhou Municipality were present at this event. As one of the most renowned historical and cultural cities in China, the city of Pengzhou is famous for its rich tangible and intangible cultural heritage. For this great event, a traditional Sichuan Opera gala was held in the local heritage site, involving local inhabitants to celebrate the 26th Solidarity Day of OWHC. Also, a number of activities were organized in the City Museum of Pengzhou, integrating the preservation of the local unique history and culture with the spirit of OWHC. 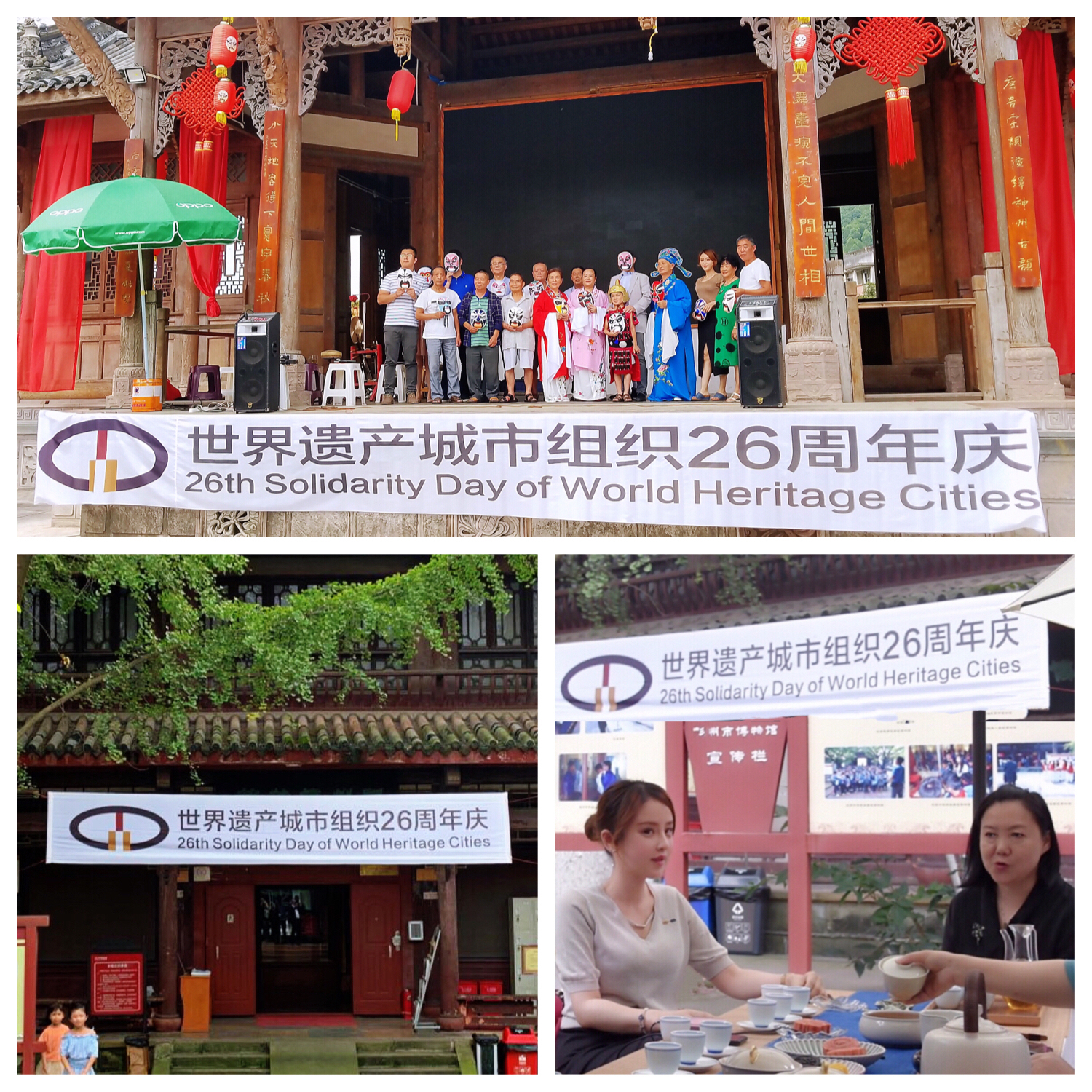 Former Action News reporter Vernon Odom was honored with a prestigious award in Center City on Thursday 5 September evening, as part of the 2019 Philadelphia World Heritage City Celebration, which was held at the Crystal Tea Room. 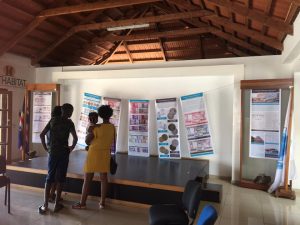 The arrival of September has a special connotation for the Oficina del Conservador in Trinidad. In the first week began the Journey for the solidarity in heritage cities, to be celebrated on the 8th of this month. Likewise, it turns out that the first anniversary of Ciudad Artesanía was also being celebrated in Trinidad and both dates have been the trigger for participatory cultural movements.

In Arequipa they celebrated the Solidarity Day with the raising of the UNESCO flag in its main square. They also participated in a military civic parade, with a representative banner with the flags of the member countries of the Organization of World Heritage Cities and with country flags held by students, all during the protocolary ceremony that takes place every Sunday in the Plaza de Armas of their city. 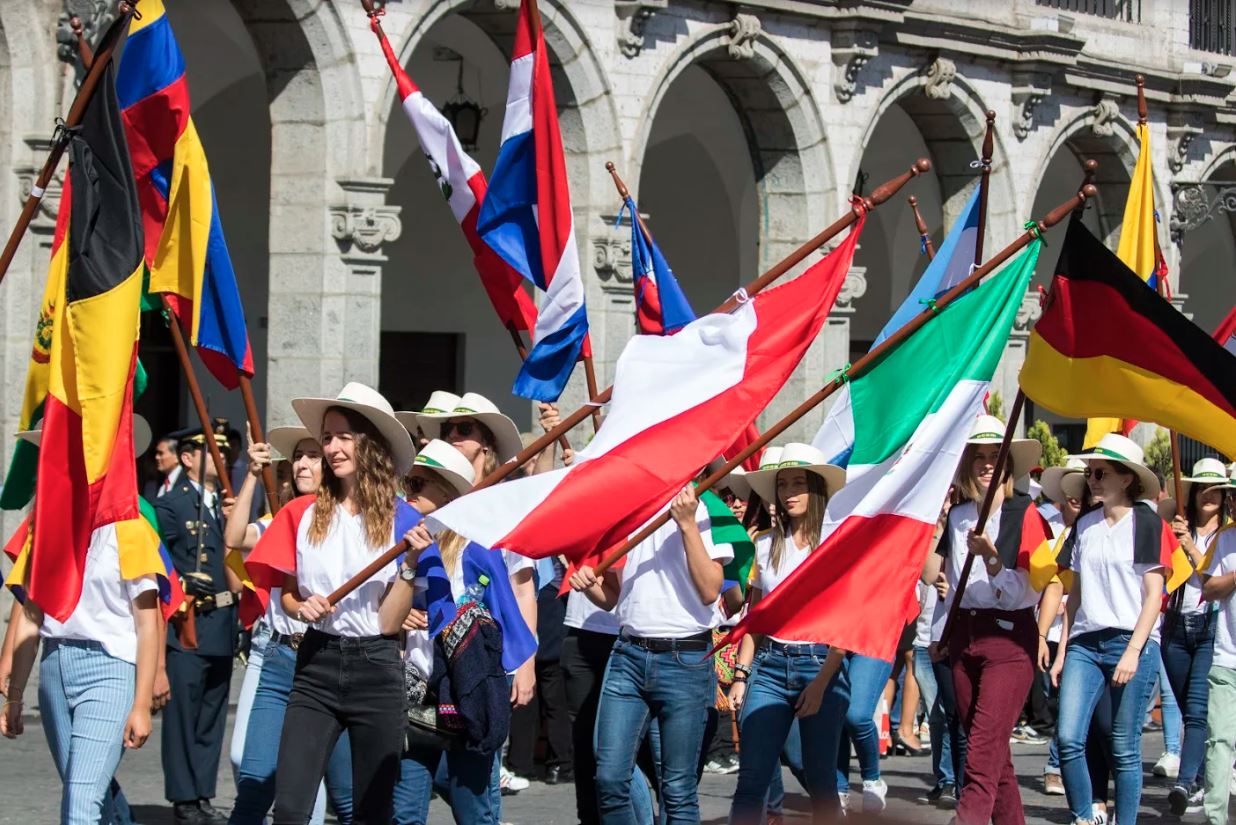