At an altitude of 3,400 m. above sea level, the city of Cusco is situated in a fertile valley of the East Andes.

Despite its relief, the Inca capital was organised according to an orthogonal plan. The rectilinear layout and the central square, which provided the point of departure for the four routes that linked Cusco to the provinces of the Empire, reflected the Renaissance urban planning principles that were applied to the design of the cities of the New World. In the 16th century, the new urban planners superimposed the Plaza de Armas on the Inca square; their work also preserved the other urban squares and the Inca street grid.

Under the Incas, Cusco was a town with squares bordered by facades of massive stone. The colonists preserved the base of masonry buildings and surmounted them with new structures; the numerous narrow flagstone streets running between two walls of Inca masonry are like corridors of stone. Baroque and Metis churches with cupolas border the urban squares. Further from the centre, the neighbourhoods are composed of low residential buildings with whitewashed facades.

Criterion (iii): The City of Cuzco is a unique testimony of the ancient Inca civilization, heart of Tawantinsuyu imperial government, which exercised political, religious and administrative control over much of the South American Andes between the 15th and 16th centuries. The city represents the sum of 3,000 years of indigenous and autonomous cultural development in the Peruvian southern Andes.

Criterion (iv): The City of Cuzco provides a unique testimony to the urban and architectural achievements of important political, economic and cultural settlements during the pre-Columbian era in South America. It is a representative and exceptional example of the confluence of two distinct cultures; Inca and Hispanic, which through the centuries produced an outstanding cultural syncretism and configured a unique urban structure and architectural form. 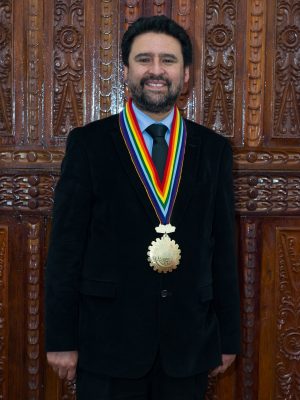